For over three decades millions of baseball fans have enjoyed the insight and observations of iconic sports broadcaster Dick Bremer. The Fox Sports North presenter has been the lead announcer for professional baseball team the Minnesota Twins since the early 1980s, and he was inducted into the Minnesota Broadcasting Hall of Fame in September 2013 for recognition of his 30 seasons of service. Bremer has also called Minnesota Golden Gophers football and hockey and Minnesota Golden Gophers men’s basketball, and previously called Minnesota North Stars games and Iowa Hawkeyes men’s basketball games. Bremer also helped promote high definition football on television when he appeared in a Charter Communications commercial.

Hailing from St. Paul, Minnesota, Bremer began his career as a disc jockey on local radio station KCLD (St. Cloud) where he was nicknamed the ‘Duke in the Dark’. His true passion was always baseball, and in he began broadcasting games for the Twins in 1983 for Spectrum Sports.

In 2020 Bremer published his bestselling book, Dick Bremer: Game Used: My Life in Stitches with the Minnesota Twins. In his book he shares 108 memorable stories about his encounters with the Minnesota Twins team, his broadcast team and his travels on the road – 108 to match the amount of stitches found on a baseball. Bremer calls games on Fox Saturday Baseball alongside former baseball player Mitch Williams in games involving the Twins. 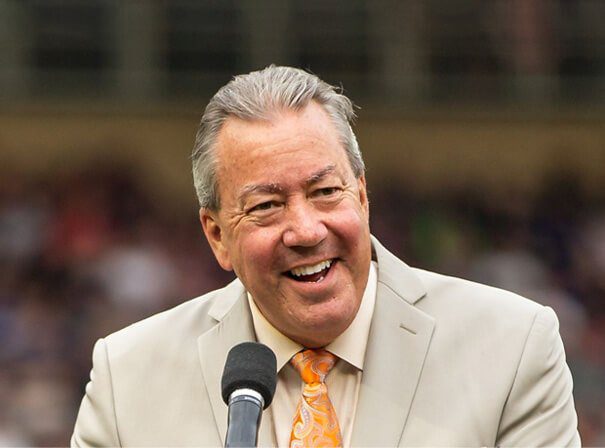