Swimming has been far more than a sport for Diogo Villarinho. When he was diagnosed with thyroid cancer in 2015, it became a lifeline. He continued training during his illness and even competed at the World Aquatics Championships, just weeks before surgery. Within two months of the surgery, he returned to competitive swimming. “Swimming was my motivation to overcome everything,” he admitted, adding that he wanted to inspire others through his own journey.

Swimming has always been a part of Villarinho’s life. His parents are both Physical Education teachers who teach swimming and he has been swimming since the age of two. Aged 11, he became interested in open water swimming, largely because of its longer course-lengths, and began training in that area. At only 15, he took part in his first Marathon Swimming World Cup (now the World Series). Competing in the 10km open water event held in his home country of Brazil, Villarinho finished 36th but had competed against the best open water swimmers in the world. He kept training and competing—he swam another senior World Cup race before entering his first Junior World Championships— and within three years, was a regular top 10 finisher in World Cup events.

Perhaps Villarinho’s greatest swimming honour to date (for there are plenty more to come) has been representing his country at the 2019 Pan American Games in Peru. That same year, he was also part of the Brazilian team that finished fourth in the 5km mixed open water team race at the World Open Water Championships in South Korea. 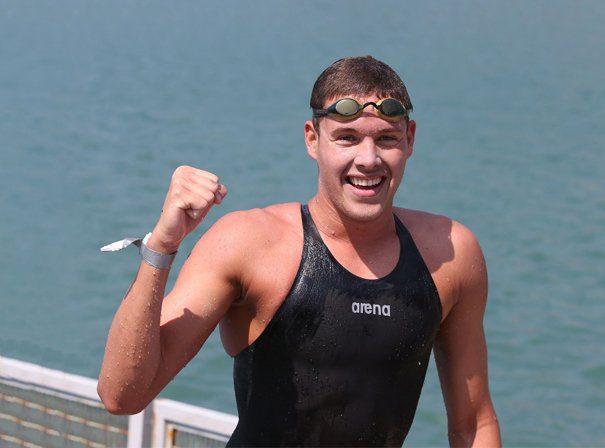