Dirk Nowitzki is a former professional basketball player, known for his record 21-year career with the National Basketball Association’s Dallas Mavericks. During his extraordinary time playing in the league, he was an NBA champion, an NBA Most Valuable Player and a fourteen-time NBA All-Star.

Growing up in Germany, Nowitzki’s basketball career began at team DJK Würzburg, then playing in the country’s second-tier league. Joining the team while still at school, he would go on to help them top the league and was later voted German Basketballer of the Year by BASKET Magazine. Setting his sights on the United States, he was drafted to the NBA in 1998, where he joined Texan team Dallas Mavericks. He would go on to lead the team to 14 playoff appearances, helping them reach the Finals for the first time in 2006 and to win the Championship title in 2011.

At national level, Nowitzki first represented Germany in 1997, and would do so for the last time in 2015, helping to revitalise the country’s team. He competed at seven EuroBasket championships and the 2008 Olympic Games, and led the team to a bronze medal at the 2002 FIBA World Championship, where he was top scorer and named to the all-tournament team. To this day, he remains the third-highest scorer in the history of EuroBasket, with a total of 1,052 points scored across 49 games.

Nowitzki’s list of achievements and records in basketball are almost unparalleled, and include being named five-times All-Europeans Player of the Year and two-times FIBA Europe Men’s Player of the Year. He has been German Sports Personality of the Year, has been awarded the Magic Johnson Award, and was honoured with the Laureus Lifetime Achievement Award. He is the subject of several books and the 2014 documentary Nowitzki: The Perfect Shot. 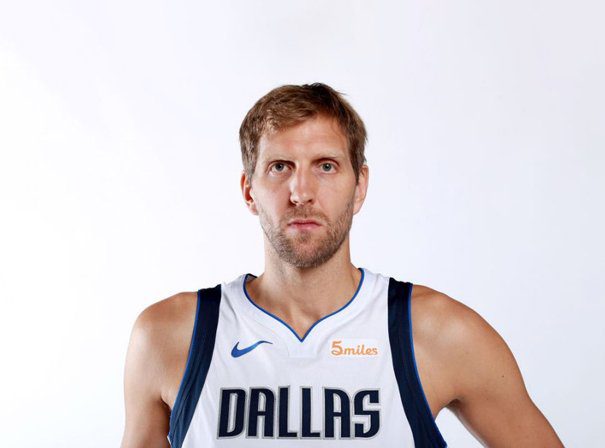