Dita Von Teese is a revered fashion icon. She has appeared as a mentor on television shows such as America’s Next Top Model, Ru Paul’s Drag Race, and Project Runway and authored three books: Burlesque and the Art of the Teese, Dita Stripteese, and Your Beauty Mark. She achieved her iconic retro look without the help of a stylist and always puts on her own hair and makeup. In 2012, Von Teese launched her own lingerie line which can be purchased internationally online and in department stores such as Bloomingdale’s, Nordstrom and Dillard’s: she also has makeup, eyewear, and fragrance lines.

Von Teese was born as Heather Reńee Sweet in West Branch, Michigan. As a child, she was passionate about ballet, which she included later in life in her burlesque shows. Von Teese also became enthralled with Golden Age films and fashion as well as lingerie. This evolved into her studying historic costuming in college with the aspirations of being a designer.

Von Teesestarted performing striptease in 1992 and has since become one of the biggestnames in burlesque. Her burlesque career led her to be featured in a number ofmovies including The Death of Salvador Dali. Her work in this film earned her BestActress at the Beverly Hills Film Festival. She also made a guest appearance inCSI: Crime Scene Investigation. Von Teese’s modeling career took off after sheappeared on the cover of Playboy cover in 2002. She has since graced the coversof many international fashion magazines including Vanity Fair, Elle, and Vogue.Von Teese has also walked runways at Paris, Milan, and New York Fashion week. 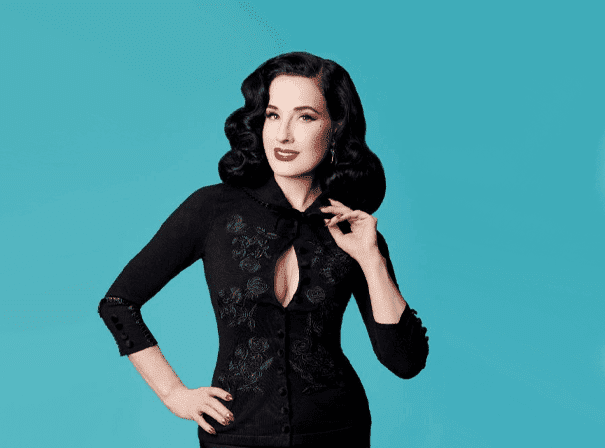