Globally famous for his electrifying hits including ‘Baby Girl’ and ‘Mi Vida Loca’, Dj Sancho has been active in the music industry for over 20 years. The multi-talented DJ, performer, singer and producer quickly established himself as a rising star of the electro-cumbia music genre with the release of ‘Tokyo Cumbia’ in 2013, and has continued to ignite audiences at nightclubs and private parties around the world throughout the last decade, singing his old favourite hits along with his more recent tracks such as ‘Ponte A Bailar’.

Born and raised in Lubbock, Texas, Sancho began his musical career as a drummer when he was just 5 years old, and after watching his older cousin play keyboard developed an ear for music. After getting into band at school his talent for percussion and composing music was soon spotted and he won numerous awards including the ‘Louis Armstrong Award’ for Jazz All Region. After leaving high school Sancho put all of his effort and time into his music career, and despite lacking the expensive equipment owned by other producers began to successfully record and produce local artists. After connecting with producer MC MAGIC of the NB Riderz he sold his first beat to a major artist and realised he could make a living from selling his music.

Not content with just being a hit-maker for other artists, he made his own album and dropped ‘Baby Girl’ as his debut track. More hit tracks followed including ‘Tokyo Cumbia’ which shot the DJ further into the spotlight. Sancho remains one of the most popular artists of the electro-cumbia genre, and has an impressive social media following with over 340k followers on Facebook. 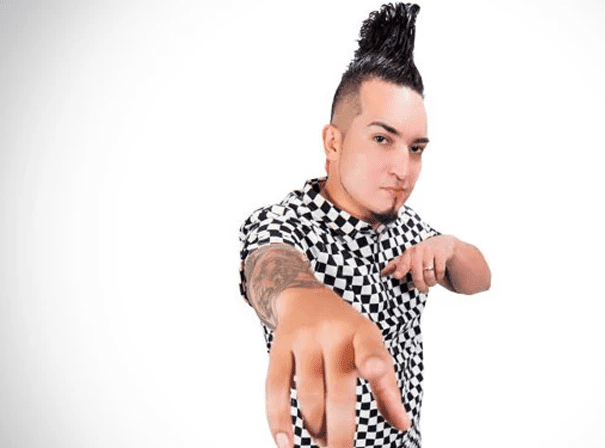