The motivational sportsman D’Jaun Woods is a certified fitness and athletic development coach and trainer. He is also a former professional America football wide receiver, who most famously won the Super Bowl XLIV with the New Orleans Saints of the NFL. He overcame near paralysis due to a spinal injury and is now the co-founder of The Ultimate Athlete Boot Camp fitness regime.

Born and raised in Oklahoma, Woods was a natural on the Football field from a young age. He proved to be prolific at the sport throughout his High School years and on into college where he played for Oklahoma State University. He was named 2x All-Big 12 in 2004 and 2005, and after he graduated he turned professional when he was signed by the Jacksonville Jaguars as an undrafted free agent in 2007. Then in 2009 he joined the New Orleans Saints and was part of the team that won the Super Bowl XLIV. But his NFL career was cut short due to a spinal cord injury that nearly left him paralysed. Upon his recovery, he brought his sports knowledge to the realm of fitness and became a certified personal trainer.

Woods regularly connects with his legions of followers and fans through Instagram, Facebook, TikTok, and Twitter, posting pictures and videos of his life around fitness and wellbeing. He is also available for that personalised shout-out via the Cameo platform, and has an official business website, theultimateathletebootcamp.com. 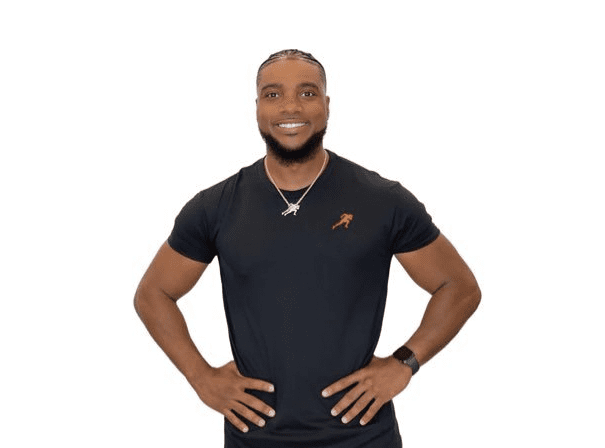