Dogus Balbay is a Turkish basketball star who currently stars as the point guard and captain of Anadolu Efes Istanbul in both the Turkish Basketbol Super Ligi and the EuroLeague. He recently guided them to victory in both leagues — the second time he has won the Super Ligi with them — and has previously won two Turkish Cups and three Turkish Presidential Cups with them as well. He was named MVP of the latter tournament in 2018. Unsurprisingly, he is an integral part of the Turkish national team and won gold with them at the 2013 Mediterranean Games.

Balbay was born in Istanbul in 1989. A prodigious basketball talent from a young age, he was instrumental in the U-16 and U-18 Turkish teams, helping the former to win the 2005 FIBA Europe U-16 Championships. He began his professional career playing for Fenerbahce but before long, he’d relocated to America, the home of basketball, to study his craft at the Brewster Academy in North Hampshire. He thrived at Brewster, helping them to the runner-up position at the NEPCAC Class A Championships.

Despite links with the Texas Longhorns and rave reviews from outlets such as ESPN, Balbay went undrafted in the 2011 NBA Draft, but he picked up plenty of interest from Europe, eventually being snapped up by Anadolu Efes in his home city. Ten years later, he is still there, still captaining the team, and winning more championships than ever, making Turkey’s gain the NBA’s loss. He is hugely popular on both Instagram and Twitter, with over 100,000 followers, and he recently celebrated the birth of his second child. 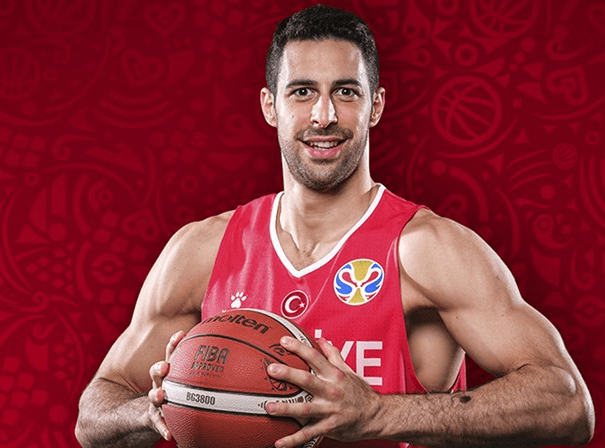