Austrian tennis player Dominic Thiem is a 16-time ATP Tour singles winner, a three-time Grand Slam finalist, and an ATP Finals runner-up. Known for his aggressive baseline style, he is already the fifteenth highest prize money earner of the Open Era, and is widely considered to be one of the game’s rising stars. Thiem achieved a career-high ATP world ranking of No. 3 in 2020, and is the second-highest ranked Austrian player in the history of the sport.

Thiem won his first ATP title in 2015 at the Open de Nice Côte d’Azur, where he defeated Argentinian Leonardo Mayer to take victory in the final. He would reach his first Grand Slam semi-final at the French Open just a year later, and made his first appearance at the tournament’s finals in 2018. Only longstanding French Open favourite Rafael Nadal could stop his progression on this occasion, and Thiem would face Nadal in the final again the following year, this time claiming a set from the title-holder. He reached his third Grand Slam final at the Australian Open in 2020, where he put up a close fight in a five-set match against eventual winner Novak Djokovic.

At the 2019 ATP Finals, Thiem topped his group and defeated defending champion Alexander Zverev in the semi-finals. He later put up an impressive fight against Stefanos Tsitsipas in the final, losing only in a final set tiebreak. The same season, he took his first Masters 1000 title at the BNP Paribas Open by defeating former world No. 1 Roger Federer in the final. His star set only to rise, tennis fans are keen to see what happens next for Thiem, as he continues to compete at the highest level of his sport. 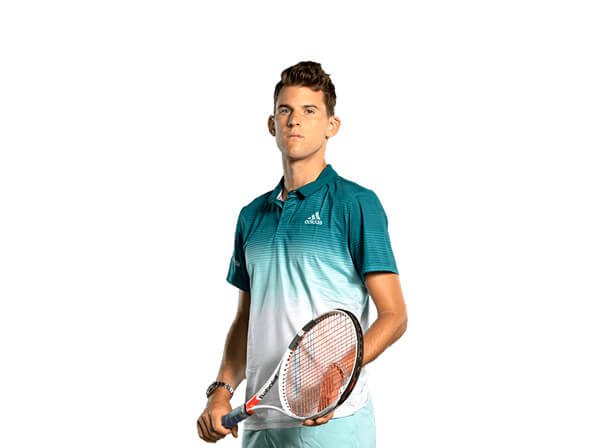