Olympian Dorian Coninx is a world renowned triathlete from France who competed at the Rio 2016 Olympic Games in the men’s event. 2019 was one of his most successful seasons so far, winning his first World Triathlon Series race in Bermuda, and anchoring Team France as they won gold in the Mixed Relay event at the 2019 ITU World Triathlon in Tokyo.

Born in Échirolles, Isère, the French athlete showed talent from an early age. Coninx became both the Junior World Champion and Junior European Champion in 2013, and the following year he won the Under 23 World title. Well known for his remarkable speed, Coninx ran 10k in 29’39’ at the Cannes 10k in winter 2015, and later the same year he made his mark in the Quarteira European Cup event, winning his first international Elite race. As his impressive form continued he qualified to represent France at the 2016 Rio Summer Olympic Games, and his reputation for speed continued in 2017 when he became the French Elite Champion on Sprint Distance.

Since then Coninx has gone from strength to strength, taking first place at the 2018 FRA Sprint Triathlon National Championships and winning the 2018 Hamburg ITU Triathlon Mixed Relay World Championships. Connix won his first World Triathlon Series race in Bermuda in 2019, and is now training hard for the Tokyo Olympics in 2021. 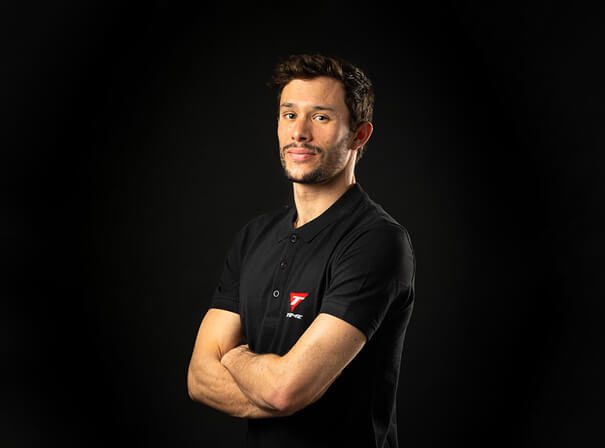