Doug Benson is a comedian who centralizes his act around marijuana advocacy. Whether it’s stand-up, hosting the Stony Awards, The Benson Interruption, or Getting Doug With High, he often uses humor and relatability to support his stance on recreational use.

Although Benson has done standup across Los Angeles, he rose to fame after appearing on Comedy Central programs. Since, he’s created ten solo comedy albums and one compilation. He also placed sixth in NBC’s Last Comic Standing and appeared in Comedy Central Presents.

His act became more focused on pot when he co-created the stage-show, The Marijuana-Logues, which turned into a CD and book. In 2006, High Times named him their “Stoner of the Year.” This theme continued in his YouTube series, Getting Doug With High, as Benson smokes pot at 4:20 with celebrities like Eric Andre, Dan Harmon, Jack Black, and more. Then, he smoked weed for a month after being sober 30 days prior in the documentary Super High Me, to prove it had no effect on his physical health, before starring in another weed documentary, The High Road with Doug Benson. His most recent marijuana-related show is Comedy Central’s The High Court with Doug Benson, as Benson judges legal cases under the influence.

Benson’s also guest-starred on multiple hit shows like Bob’s Burgers, Curb Your Enthusiasm, How I Met Your Mother, Friends, Trailer Park Boys, and more. He even played the criminal “Bane” in the blockbuster film, The Lego Batman Movie. But Benson shines as a reality star, so he’s often seen in shows like Best Week Ever, Twelve Guests of Christmas, and @midnight.

Lastly, he’s big in the podcast community and hosts his own weekly podcast, Doug Loves Movies, featuring big names like Zach Galifianakis, Amy Poehler and Mark Wahlberg, and has appeared on countless others. 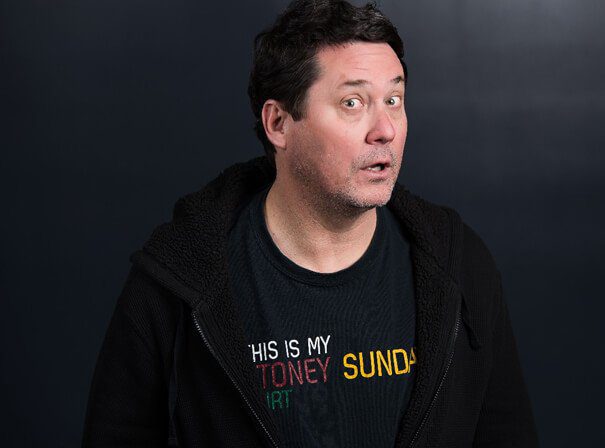