Storm chaser Dr. Reed Timmer is an American meteorologist and the star of Discovery Channel series Storm Chasers. He also starred in the American documentary film Tornado Glory by PBS, which followed Timmer and fellow storm chaser Joel Taylor through Tornado Alley during the storm season of 2003, and appeared in two seasons of Tornado Chasers on his own website TVNWeather.com. In 2010, he published his educational and autobiographical best-selling book Into The Storm – a fascinating insight into the science of weather, tornadoes and the effect of climate change.

Timmer’s interest in the weather was sparked at a young age after witnessing hailstones the size of golf balls in his yard. He studied meteorology at the University of Oklahoma in 1998, and filmed his first Tornado the same year. Timmer rose to prominence when he appeared on the Storm Chasers television series on Discovery Channel from 2008-2011, intercepting tornadoes using the custom-built case vehicles he had created himself called Dominators. Timmer returned to education in 2015 to complete a PhD in meteorology from the University of Oklahoma, and continues to chase storms for Accuweather. 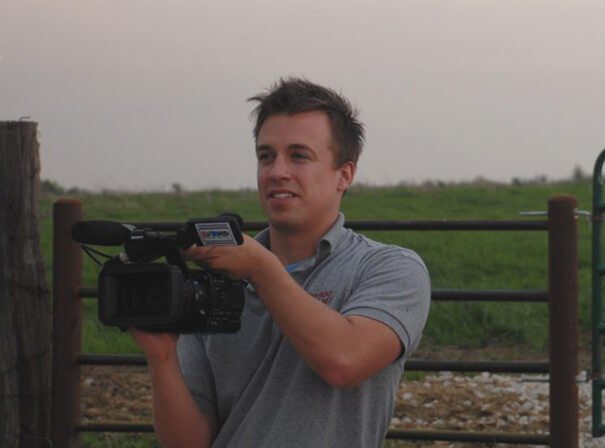