Prolific forward Duane Darby is a professional footballer with over 100 goals and an incredible 400 senior appearances on the pitch under his belt. Since beginning his career at Torquay United, Darby has played for Doncaster Rovers, Notts County and Shrewsbury Town, helping the club win a historic promotion. Darby is considered a legend thanks to his time spent at Hull City, where he broke the record for most goals scored in a competitive game with six balls finding the back of the net in an extraordinary FA Cup game against Whitby Town.

Despite his successes elsewhere, it is for his tenure at Rushden & Diamonds that star striker Darby is best known, making 130 appearances at the original Nene Park ground and scoring over 50 goals for the club. Quickly becoming a fan favourite thanks to his lethal finish and ability to create memorable moments, Darby was instrumental in taking Rushden & Diamonds to the top of the Conference League in 2001. He finished as top scorer in that Championship winning season with 27 goals and was voted Player of the Season by fans.

After retiring from professional football, Darby continued to coach and manage various teams including Nuneaton Borough, Bromsgrove Rovers and Cradley Town. He continues to take an interest in his old Northamptonshire club Rushden & Diamonds, attending events and exhibition matches at their new Hayden Road ground. 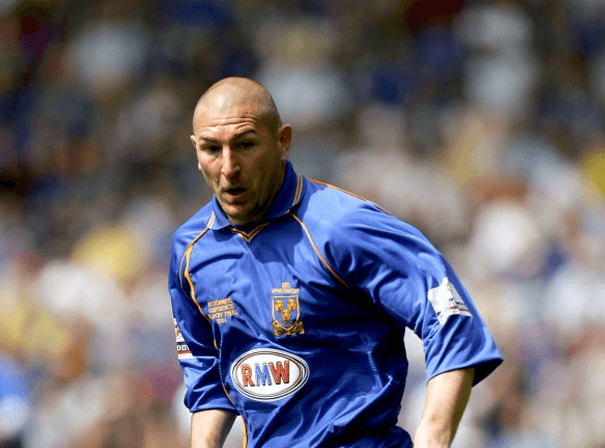