Dustin ‘Dreddy’ Brown is a professional tennis player who has some impressive wins under his belt. He’s best known for beating the world renowned Rafeal Nadal back in 2014 and 2015. He plays to entertain, having fun with the sport and performing trick shots whenever he has the opportunity. Brown has a total of twenty four titles to his name and shows no signs of stopping yet.

Brown began his professional career in tennis back in 2002, staying close to his roots and playing for Jamaica. However, it wasn’t until 2010 when he really began to compete on a higher level. He beat Marco Chiudinelli, the fourth seed at the time, to reach the semi-finals of the SA Tennis Open. Though he didn’t proceed to the finals, it was his first time making a name for himself. He continued to struggle on, hoping to earn himself a title. Then, in 2014, he finally beat Rafeal Nadal in a singles match, proving his skills for the world to see. At Wimbledon the following year, he beat him again, putting his name on the map for good.

Brown’s victories against Nadal earned him a lot of fans because he was seemingly an underdog who was fighting the top. He now boasts over a hundred and twenty thousand followers on Instagram and a further sixty nine thousand fans on Twitter. He continues to fight for a top position in tennis and shares pictures of his journey on Instagram. 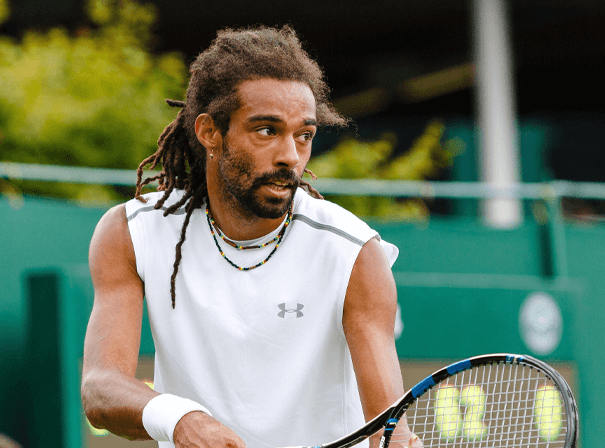