Eddie McGuire is an Australian radio and television presenter best known a commentator and promoter for the AFL. With a wealth of experience in the sports broadcasting world, McGuire has been able to host a variety of programs including the Nine Network’s “The Footy Show” a sports and entertainment show. McGuire also works as a football commentator for Fox Footy, an Australian rules football channel. McGuire has even taken used his talents to host the breakfast show “The Hot Breakfast” a radio show on Triple M Melbourne.

Throughout his career McGuire has worked as a sports journalist, a columnist for the Herald Sun Newspaper, and a game show host for the Channel Nine show “Millionaire Hot Seat” a spin-off of “Who Wants to be a Millionaire”. McGuire was also previously the host for the game show “1 vs. 100” and was the former CEO of the Nine Network itself. McGuire eventually returned to commentating football in 2007 when he signed new deal with the Melbourne radio station SEN 1116.

As the director at the Victorian Major Events Company, McGuire is no stranger to the business world. McGuire has spend some time as a member of the Australian Government’s Social Inclusion Board, and was appointed a Member of the Order of Australia for his service to the community. More recently RMIT University awarded McGuire an honorary doctorate recognizing his achievements in media, entertainment and community-based activities. McGuire is currently the president of the AFL Collingwood Football Club. 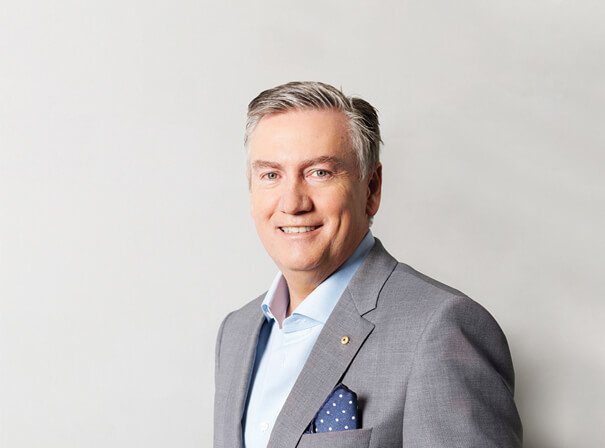