Jorge Ernesto Guzmán Rodríguez, known best by his ring name, El Hijo Del Santo, is a Mexican masked professional wrestler. He is best known for having worked in every major Mexican wrestling promotion, his famous silver mask, and for his political activism.

The luchador enmascarado made his debut in 1982 and has since gone on to become one of the most widely-recognized wrestlers in the world. In his career, Rodríguez has worked for several major wrestling promotions across the globe, including the Universal Wrestling Association, World Wrestling Association, World Wrestling Entertainment, New Japan Pro-Wrestling and All Japan Pro-Wrestling. He later worked independently and started his own promotion, Todo x el Todo.

Outside the ring, Rodríguez has made appearances in several films and television shows, including Al derecho y al derbez, Aplausos, and Santo: Infraterrestre. He has enjoyed success in mainstream Mexican media, including appearances on reality television, and is the subject of a comic book. He also helped develop Santo vs The Clothes, a Cartoon Network Latin America animated series that paid homage to his father, El Santo.

Throughout his career, Rodríguez has formed many teams and enjoyed several feuds, including with Negro Casas. Today, Rodríguez continues wrestling and frequently joins forces with his son, El Santo Jr. 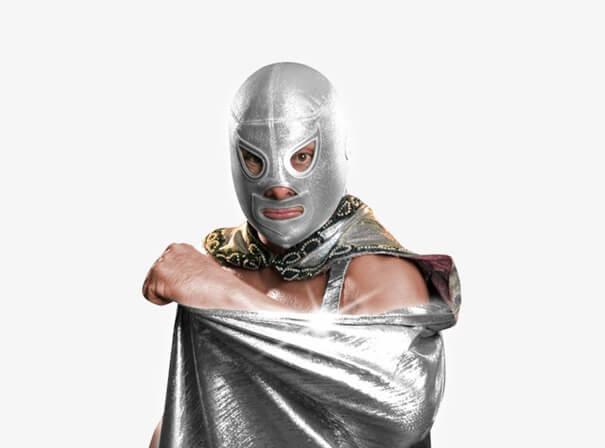