Since turning professional in 2014, tennis player Elena Rybakina has progressed through the ranks fast, making the top 20 despite her young age.

Born in Moscow, Rybakina’s father always encouraged her to play sports and introduced her to tennis. She had a successful junior career and reached the world ranking of No. 3, playing in girl’s singles events such as the Australian Open and the US Open. Rybakina turned professional in 2014, playing matches on the ITF Women’s Circuit before making her WTA debut in 2017. She played in the Kremlin Cup which paved the way for her appearances the following year, where she had her first WTA top 10 win at the 2018 St Petersburg Ladies Trophy. It was also then that she chose to become a citizen of Kazakhstan, and began to represent the country at competitions. Rybakina’s career has since gone from strength to strength, winning her first WTA title in 2019 at the Bucharest Open when she was just 20 years old. She made it into the world top 50 for the first time and within a year this talented young player had broken into the world top 20.

2020 saw Rybakina secure her second win at the Hobart International, as well as reaching the final of the Australian Open, her first Grand Slam final. She also recorded her first top 5 win at the Dubai Tennis Championships and looks set for more great performances in the coming seasons. 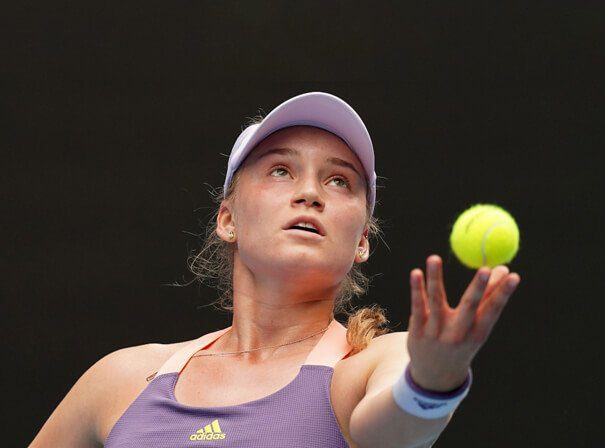