It’s a long way to the summit of Everest, but Elia Saikaly has been there. Three times. A global adventurer for whom the word ‘fear’ has little meaning, Saikaly has cheated death on the slopes of the world’s highest mountain, survived a paragliding accident that broke his back, and led a team of women with albinism to the top of Kilimanjaro. As an award-winning film-maker — his series On the Top won the CINE Golden Eagle Award for Outstanding Reality Television Series — he has shared inspirational feats with audiences across the globe. As a speaker, he motivates audiences to pursue their wildest dreams.

Saikaly was born in Ottawa, Canada where he was, as he puts it, ‘written off’ by those around him. That didn’t stop him from becoming the record-breaking adventurer he is today. Keen to help inspire and educate children across the world, Saikaly has also undertaken a prolific amount of charity work. He is the founder of FindingLife, an interactive program, used in schools, which allows Saikaly to share his journeys with pupils in real-time. He has also helped to raise hundreds of thousands of dollars to build schools and classrooms in Kathmandu and Kenya. Having survived the deadly earthquakes and avalanches that hit Everest and Nepal in 2019, he was also instrumental in raising money to help rebuild classrooms.

Saikaly’s summit climb videos and beautiful time-lapse clips of Everest have gathered millions of views on YouTube. He has also appeared on a raft on news outlets discussing his adventures, including BBC, CNN, CBS and The Discovery Channel. 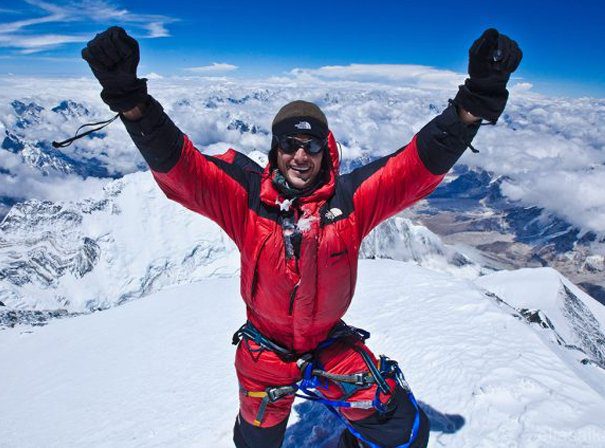