Elton Jantjies is a South African rugby player who plays for the Lions and the Golden Lions. He has been a key player since he began in the Super Rugby league in 2011, and he continues to shine whenever he plays.

Jantjies was on the way to success before his professional career with the Lions even began, earning himself a Young Player of the Year award in 2010 in addition to SA U20 Player of the Year award. In one of his first matches, he won Man of the Match for his scoring ability, and he was soon recognised as a strong player. Early in his career, he also had an impressive 86% goal-kicking success rate, which outranked many other players.

His early career was when he saw the most action and success, but in 2019, he also got a taste of sweet victory against England when he joined the South African team in beating them in the Rugby World Cup. His other successes include being the highest point scorer in the 2017 Super Rugby competition with a total of 203 points.

Jantjies is very popular with rugby fans and has an impressive total of ninety thousand Instagram followers. He also has a Twitter account with over forty thousand followers, despite him not following a single person. He shares his love of sports across his social platforms, including sports other than rugby. 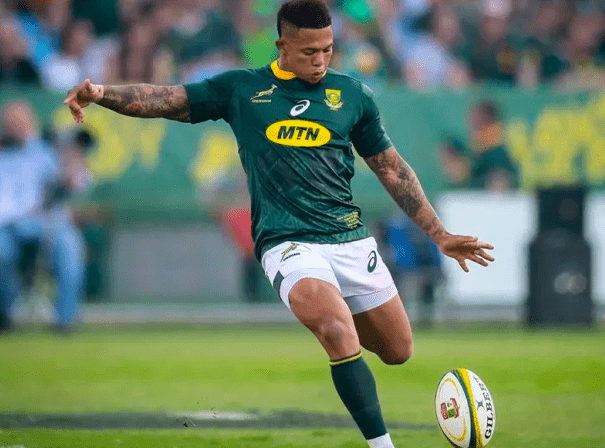