The sultry and spooky Elvira, Mistress of the Dark (aka actress Cassandra Peterson) is a legendary Horror Hostess and Queen of Halloween. She was the first horror host ever to be syndicated nationally and has emerged as one of today’s most original and outrageous pop culture icons.

Back in 1981 Elvira was the humble hostess of a late night vintage Horror movie show on local LA channel KHJ. But it wasn’t long before she became a household name when she was syndicated nationally, and she even guest starred on the hit 1980s TV cop show CHiPs. Her reign as Queen of Halloween has gone on to span more than three decades and includes an IMAX movie, music, books and more than a thousand licensed products. She co-wrote and starred in the feature films Elvira: Mistress of the Dark, and Elvira’s Haunted Hills, and the TV series 13 Nights of Elvira. She has made hundreds of movie, TV and live appearances, including The Grammy Awards, Saturday Night Live, NBC’s Today Show, and reality shows such as Search for the Next Elvira, RuPaul’s Drag Race, and Halloween Wars. In 2021 Peterson published her autobiography, Yours Cruelly, Elvira Memoirs of the Mistress of the Dark.

Elvira regularly connects with her millions of followers and fans through Instagram, TikTok, Facebook, and Twitter, posting pictures and videos about things that go bump in the night. She also has a dedicated YouTube channel, Elvira, Mistress of the Dark, and an official website, elvira.com. 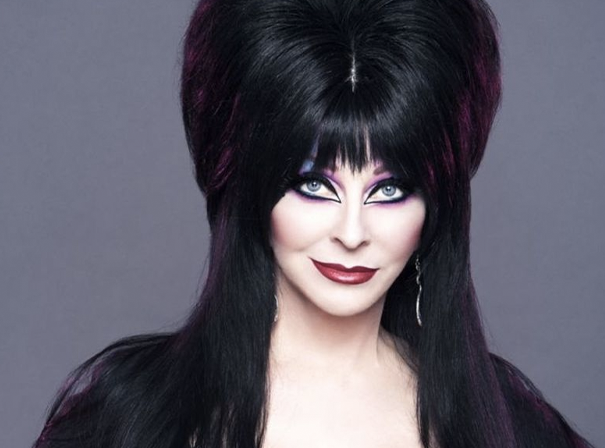