Emma Ferrer is an American artist, writer and former model. She was born May 1994 in Morges, Switzerland, her grandmother is the famous film star Audrey Hepburn. She grew up in Los Angeles and Florence, Italy. She studied for a degree at the Jersey City, New Jersey campus of Italy’s Florence Academy of Art. She speaks Italian, French and Spanish.
In 2014 Glenda Bailey from Harper’s Bazaar discovered Ferrer and put her on the cover of the September magazine issue.

She visited the New York and Paris Fashion weeks and was signed by the well-known modelling agency Storm Model Management. She appeared in prestigious campaigns such as Dior, Givenchy and Tiffany & Co. With the aim of working on other projects outside of fashion she moved back to New York.
Ferrer had a supporting role in the feature film and psychological thriller The Man in the Attic. She contributed with her father to ‘Audrey’ (2020), a documentary about her grandmother.

She started to work at Sapar Contemporary, a Tribeca Art Gallery as the liaison for international artists. She now lives in Brooklyn. She has worked with her father on a book about the timeless appeal of her grandmother’s style. Following the legacy of her grandmother who was an ambassador for UNICEF, Ferrer is the ambassador to the US for the UN’s High Commissioner for Refugees. She feels that her grandmother would be proud of what she is doing. 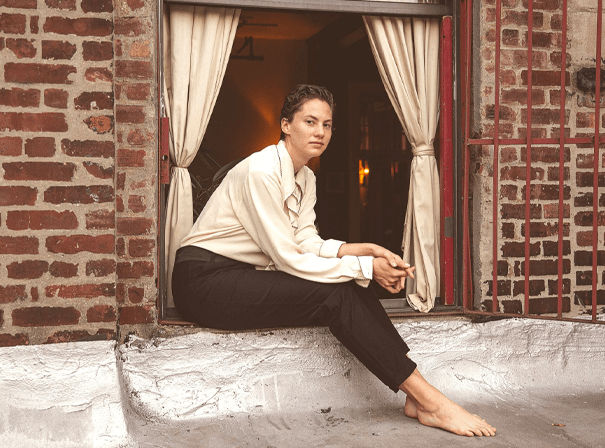