Professional dancer, Emma Slater, has been on screens since 2012 when she joined the cast of Dancing with the Stars. She won the show in 2017 with Rashad Jennings, but she always performs with a smile on her face no matter how she places. In addition to her career on Dancing with the Stars, Slater was also a dancer in the iconic musical movie, Mamma Mia! in 2008.

Slater began dancing at the age of ten, and it was soon evident that she was naturally talented. Growing up in England, she found opportunities to dance competitively, including on the iconic Blackpool Tower dancefloor. She appeared in a George Micheal music video at the age of fifteen and then moved on to work for a while in theatre in Dirty Dancing.

When Slater joined Dancing with the Stars, she became a household name in America. She was a key dancer on the show, choreographing all of the opening dance numbers for all of the contestants and professionals. Three seasons later, she became one of the professional dancers, making it to the final with her very first partner and placing forth. From there, she shone with every single performance and with every dance partner.

Slater is very popular on social media with over seven hundred thousand followers on Instagram. She posts often about her dancing career and her life with husband and fellow dancer, Sasha Farber. 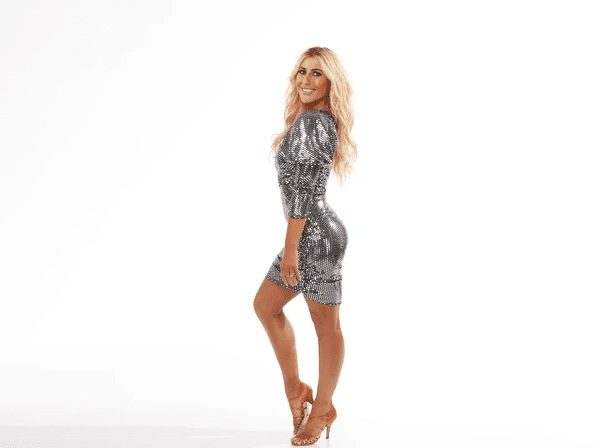