One of the top players in the 2021 class and a consensus five-star recruit, Emoni Bates plays college basketball for the Memphis Tigers. Viewed as a top prospect by analysts since his time at middle school, he led Lincoln High School to a state championship and was the first sophomore to win the boys’ award for the Gatorade National Player of the Year. The 6’9 forward possesses a big-time scoring ability and skill-set to match, creating scoring from scratch but also knowing how to score in the middle of game flow. The talented youngster can also score from anywhere on the floor, and defense often struggle to stop him even when they know he’s taking a shot. A documented hard-worker and proven big-time competitor, he has been considered a generational NBA prospect for most of his career and was spotted 20th in an ESPN early 2023 mock draft.

Hailing from Ypsilanti, Michigan, the promising basketball star began playing at the age of three. He first rose to prominence on the national radar in early 2016 after impressing for the Toledo Wildcats AAU team during a tournament in Chicago. Bates was rated the number one player in the 2022 class by Future 150 whilst playing basketball for Clague Middle School in Michigan. After enrolling at Michigan’s Lincoln High School the accolades and awards continued to pile up for the youngster as he earned Associated Press (AP) Division 1 Player of the Year and All-State first team honors and was named MaxPreps National Freshman of the Year.

The young basketball phenomenon announced his commitment to Michigan to play college basketball in June 2020, and now undoubtedly has a bright future ahead of him in the sport. 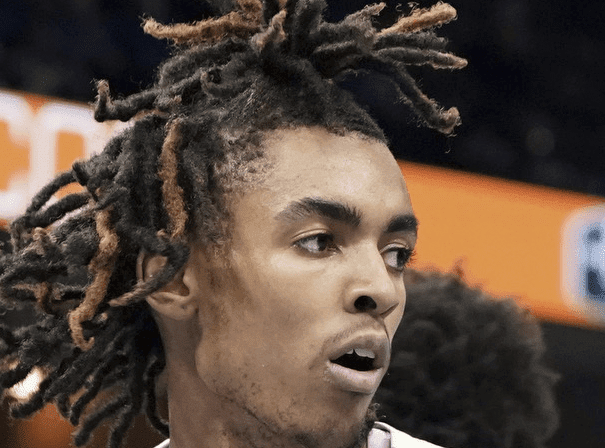