As a professional cyclist, Enric Mas Nicolau has been called “The next Alberto Contador,” by Contador, himself. Mas entered the scene by winning the National Junior Road Championships in 2012; now, he’s raced in the prestigious Tour de France.

Hailing from Spain, Mas took the amateur scene by storm. He debuted with Sepelaco before riding on Contador’s team. While still competing in the Under-23 years old category, Mas raced the Course de la Paix, taking home fourth, overall. By the time he went pro with Klein Constantia, he racked up gold medals at races such as the Giro della Valle d’Aosta, Tour de Savoie Mont Blanc, and Volta ao Alentejo.

Next, Mas signed with the UCI World Tour team, Quick-Step Floors. During his time with them, he competed at the Vuelta a Burgos, achieving a second place overall finish. With this podium, he also earned a spot on the 2017 Vuelta a España startlist. There, he’d go on to win the grand tour for one individual stage, and he even took home the young rider classification twice. The following season, Mas reached his first victory since going pro, winning the final stage in the Tour of the Basque Country and earning a spot in the Top 10. His rank would move up further after his performance in the Tour de Suisse. For his last season with Quick-Step, he won the overall title at the Tour of Guangxi. In addition, he achieved Top Ten finishes in races like Volta an Algarve, Volta a Catalunya, Milano-Torino, and more.

Currently, Mas races for UCI WorldTeam Movistar, who he represented when he placed fifth overall at the Tour de France. 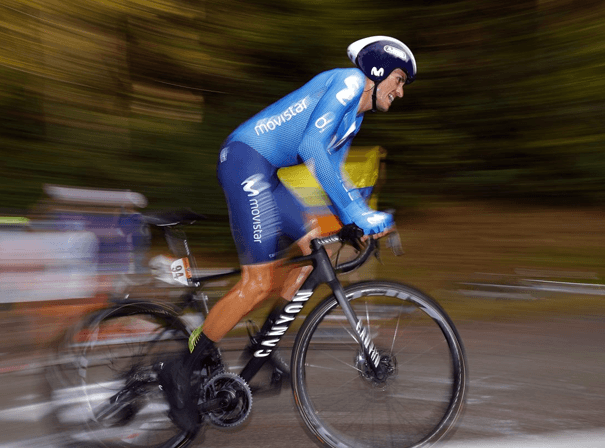