Erica Weston is a successful American sports presenter who has recently returned to Los Angeles after spending three years building her reputation in the Midwest as an anchor for the Bally Sports Network (formerly Fox Sports) between 2018 and 2021. She appeared on their Midwest, Kansas City, and Indiana networks covering teams such as the St. Louis Blues and St. Louis Cardinals, becoming a firm favourite with sports fans across the Midwest, especially with Cardinals fans, whose baseball games she regularly covered from their famous Busch Stadium. She announced her return to her West Coast roots to her tens of thousands of Twitter and Instagram followers in early October 2021.

Weston’s first major brush with sports came during her time studying in Colorado in the mid-2000s where she also became a cheerleader for the Denver Broncos. She then returned to LA to study Public Relations at Loyola Marymount University and also became a Laker Girl for the L.A. Lakers. In 2012, she began to move into television production, joining CBS Sports. The following year, she got her first presenting break, becoming a reporter for the Los Angeles D-Fenders (now the South Bay Lakers) on the Time Warner Cable Sports Network. Before long, she’d graduated to covering L.A. Dodgers games, and in October 2016, she moved to Tucson, Arizona to work for ABC affiliate network KGUN as an anchor.

In summer 2018, she moved to the Midwest, becoming one of the rising stars of what was still called Fox Sports Network (it became Bally Sports during summer 2021). Now, she is both coming full circle back to her roots but also taking the next step up in her remarkable career. 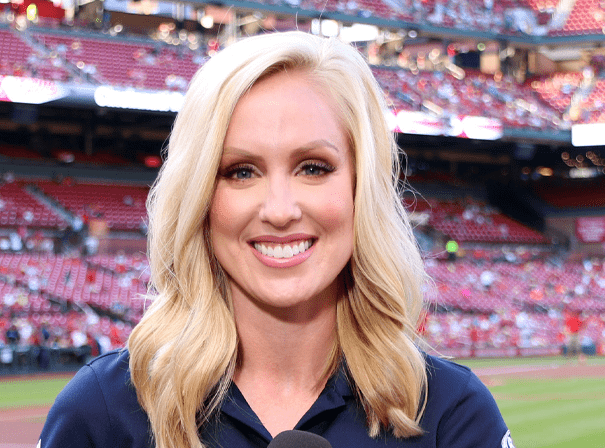