From 2009 to 2012 Shoji attended Stanford University where he played on their volleyball team. After graduating, Shoji joined the senior Men’s National Team, and helped propel the team to a gold medal in the North, Central America and Caribbean Volleyball Confederation (NORCECA) in 2013. The U.S. team defeated Canada in the final round of the tournament, winning 3 to 0. In 2015 Shoji and his team experienced an even wider success, winning the gold medal at the 2015 Volleyball World Cup in Japan, with Shoji winning the honor of Best Libero (a defensive position) for the tournament. Winning this tournament qualified the American team for the 2016 Rio Olympics, where they defeated Russia 3-2, to win a Bronze medal. Shoji has had continued success with the American National Team winning medals at the 2018 Volleyball World Championship in Italy, as well as the 2018 and 2019 Nations League events. In 2017 Shoji and his team won their second gold medal at the NORCECA championship, beating the Dominican Republic 3-0. As a current member of the American Men’s National team, Shoji will likely play in the postponed Tokyo Olympics.

When not playing on the national team, Shoji plays for the Fakel Novy Urengoy, a Russian club team. He has played with them since 2018. Shoji can also be followed on social media, @shojinator on Twitter where he has 14,000 followers, or on Instagram under the name, erikshoji, where he has 52,000 followers. 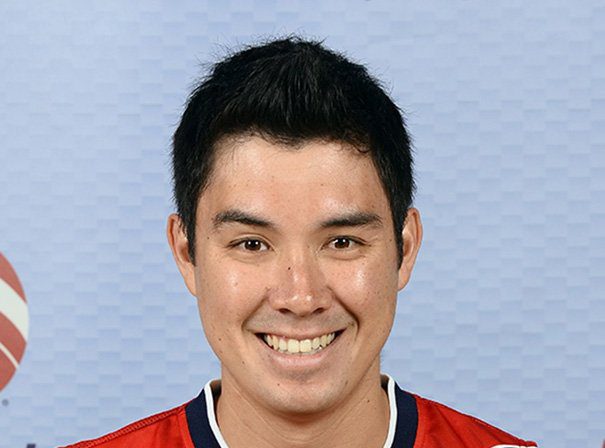