The multi-talented, dedicated and hardworking Middleweight mixed martial artist, Eryk “Ya Boi” Anders, has been fighting professionally since 2015. He relishes the chance to step into the cage and sees every fight as an awesome opportunity to prove his worth.

Anders began his sporting life at school after his US military family moved from the Philippines to San Antonio in Texas. He started playing football for Smithson Valley High School, progressing to the University of Alabama in 2006, where he played for the Alabama Crimson Tide as a linebacker. His playing days at Alabama culminated with a victory in the 2009 BCS National Championship and his on-field performance got him noticed by the big leagues. After graduating, Anders signed on as a free agent with the NFL team, the Cleveland Browns. However, he quickly decided that football wasn’t the career for him and turned to mixed martial arts. He began fighting as an amateur in 2012, finally making his professional debut in 2015. By then Anders had already won 22 MMA amateur fights, and in his first pro match, against Josh Rasberry for Strike Hard Production, Anders won in just 40 seconds. Then came the Ultimate Fighting Championship (UFC), to which Anders proved to be just as lethal when, upon his debut in 2017, he won his first fight.

A proud and dedicated family man, Anders regularly posts about his personal and professional life to his mass following through Facebook, Instagram and Twitter. He is also available for that personalised message via the Cameo platform. 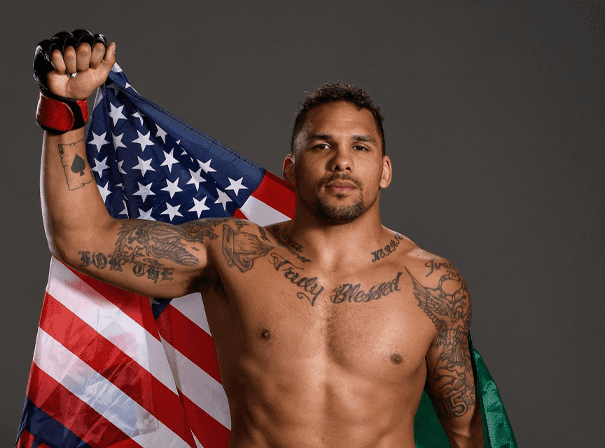