Esteban Bustos Rodriquez is one of Chile’s premier modern pentathlete. His success at the 2019 Pan American Games assured him a place at the Tokyo Olympics, where he will be his country’s sole representative in the event. He was the 2016 World Champion, the same year he competed in his first Olympic Games, and has won numerous medals over the years for his part in helping Chilean relay teams to victory.

Bustos was born in Santiago, the capital of Chile, in 1992. His older brother, Cristian, was also a modern pentathlete and Olympian, and it was his passion for the pentathlon that inspired Esteban to take it up as well. He immediately stepped out from his brother’s shadows at his first major tournaments in 2013, where he competed at both junior and senior level to great success. As part of relay teams, he was an instant success, as Chile triumphed at both the World and European senior championships. As an individual, he finished fourth in the Euro, tenth in the Worlds, and third in a World Cup Series event in China. Similar success followed over the next two years, with a stream of top-five individual finishes and team victories in prestigious events all over the globe.

At the 2016 World Championships in Moscow, Bustos achieved his greatest success yet by storming to victory in the individual event. The following year, he kept up the success by winning bronze at the European Championships in Minsk. In 2018, he was runner-up at the Pan American Championships, qualifying him for the 2019 Pan American Games in Peru. There, he finished fourth, missing out on bronze by just two points. It was enough, however, to ensure qualification for the Olympics. 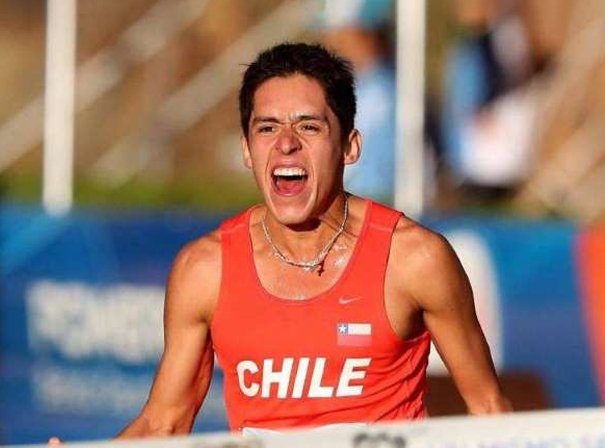