Italian football legend Fabrizio Ravanelli is a football manager and former international player for the mighty Italy. Ultimately winning the biggest competitions in club football such as the Serie A Championship and Champions League, Ravanelli started and ended his playing career at hometown club Perugia Calcio, a team which he held close to his heart. Although he loved Perugia Calcio, Ravanelli knew that he was destined for bigger things. In his glittering career, the Italian star also played for the likes of Middlesbrough, Juventus and Marseille.

His time at Juventus is where Ravanelli gained his reputation as one the most dangerous strikers in Europe. He won a humongous five titles with the Italian mega-club, including a Serie A Championship in 1995 and a Champions League title in 1996, where he even scored in the final, etching his name into the history books at Juventus. During his long and fruitful career, he played with twelve clubs from four countries; his home nation of Italy, England, France and Scotland, showing the world that he could put in world-class performances no matter what elite league he played in. Affectionately nicknamed ‘The White Feather’, Ravanelli gained 22 caps for the Italian national team, while scoring eight goals. He was also a member of the Italian squad that took part at UEFA Euro 1996, with squad selectors having no choice but to include the game-changing player.

Ravanelli won everything as a player and has also enjoyed successful managerial stints as a Juventus youth coach and as head coach of AC Ajaccio. Ravenelli can now be seen gracing our TV screens as a football pundit for major broadcasters such as Fox Sport and Sky Italia, showing that Ravanelli’s opinions on the beautiful game are still highly important. 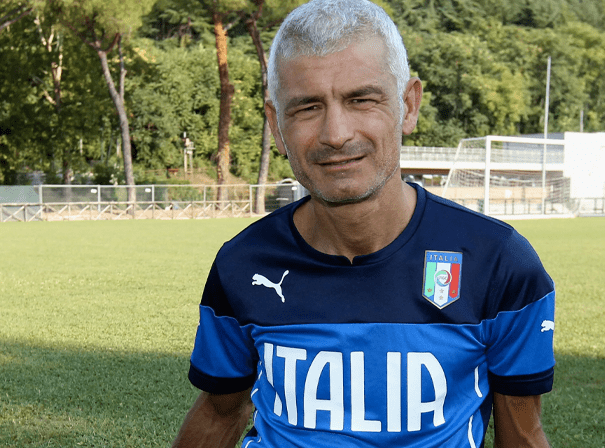