Racing driver, architect and entrepreneur are just a handful of Faisal Bin Laden’s attributes. Alongside his active pursuits, Bin Laden has an insatiable passion for automotive and horological history. In short, he adores all things cars and watches! Saudi Arabia born but raised in Dubai, Bin Laden has created a staggering enterprise throughout his career. When he’s not burning rubber on the race track, Bin Laden can be found running his two businesses. One a production and media agency, WSF Creative, and Veloce Life, a collector’s paradise. As Bin Laden continues to defy the odds and cultivate his growing business empire, his allure becomes more captivating.

An Instagram celebrity, Bin Laden has garnered an impressive 55k fans on his personal account alone. There he regularly shares his passion for cars – racing, building and restoring – as well as his love for watches. When he’s not entertaining his multitude of fans online, Bin Laden is working alongside the likes of Red Bull, Pagani and Emirates. Notably, Bin Laden has raced in the likes of the Radical European Masters – Supersports and the Porsche GT3 Cup Challenge Middle East. He’s no stranger to the podium either. Over the years he has climbed three podiums, to add to his collection at home.

Away from the spotlight, Bin Laden fosters his personal collection of motors and watches, including the infamous Rowan Atkinson McLaren F1. As this motor architect continues to develop and push the limits of the industry, his future is undeniably bright. 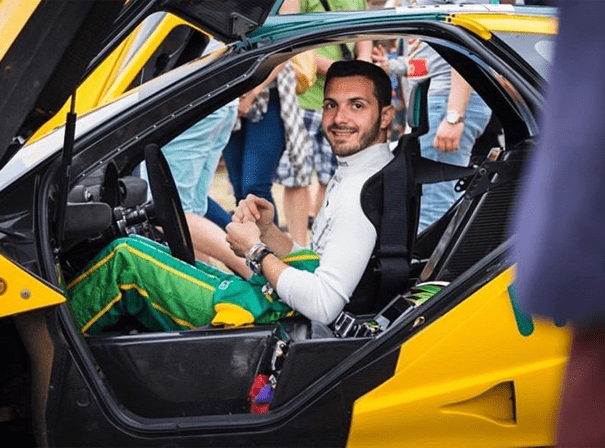