Olympic swimmer Farida Osman has spent her career breaking down barriers for Middle Eastern and African women. She was the only Egyptian to qualify for both the London and Rio Olympic Games and is the fastest swimmer in Africa. Her impressive list of accolades includes Egyptian national champion, All-Africa Games medallist and African record holder in freestyle and butterfly (set at the 2017 FINA World Championships). Widely regarded as a role model and trailblazer, in 2017 she was voted the Best Female athlete from Africa. In a career full of firsts, her other remarkable achievements include becoming the first Egyptian to medal at World Championships, the first Arab or Egyptian woman to reach the semi-final in the Olympics and the first Egyptian to win a gold medal (in a world record time) at the Junior World Championships.

Nicknamed ‘the Golden Fish’, Osman was born in Indianapolis in the United States but raised in Cairo. The talented young swimmer continued to split her childhood between Egypt and the United States, and realising swimming was an unpopular sport in Egypt -particularly for women – she knew she needed to train in the US to reach her full potential.

After years of intense training, Osman now has her sights set on climbing the medal podium at the Tokyo Olympic Games in 2021, her third Olympic games where she will yet again proudly represent African and Middle Eastern women in the sport she loves. 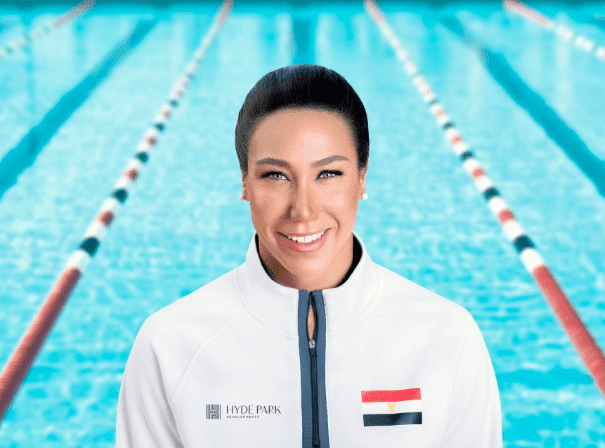