Félix Auger-Aliassime is a talented young Canadian tennis player who has already achieved a strong level of success at the game’s highest level. In 2021, he reached the semi-finals of the US Open and the quarter-finals of Wimbledon. He also reached the quarters of the 2022 Australian Open. Partnering with Poland’s Hubert Hurkacz, he triumphed at the doubles tournament of the 2020 Paris Open. As a junior player, he won both the singles and doubles tournaments at the Junior US Open. He is currently ranked as one of the 10 best men’s singles players in the world and one of the youngest in the Top 20 of the ATP World Rankings.

Auger-Aliassime was born in Montreal in 2000. He began playing competitive tennis at a young age and currently holds the record for the youngest player to ever win a main-draw ATP Challenger Tour match (at 14 years and 11 months old). He won his first Challenger title before he turned 16, reached no. 2 in the Junior World Rankings, and in 2015, became the first player born in the 21st century to enter the ATP Rankings.

After turning pro in 2017, Auger-Aliassime quickly became the youngest player to enter the Top 200 of the ATP Rankings since a certain Rafael Nadal in the early 2000s. After building his reputation and ranking, his talent became known to a wider audience with his breakthrough 2021 season. At Wimbledon, he beat Alexander Zverev in a five-set thriller to reach his first Grand Slam quarter-finals. Later in the year, he reached the US Open semi-finals. His similarly strong start to 2022 gave notice that he is on his way to becoming one of the game’s greats. 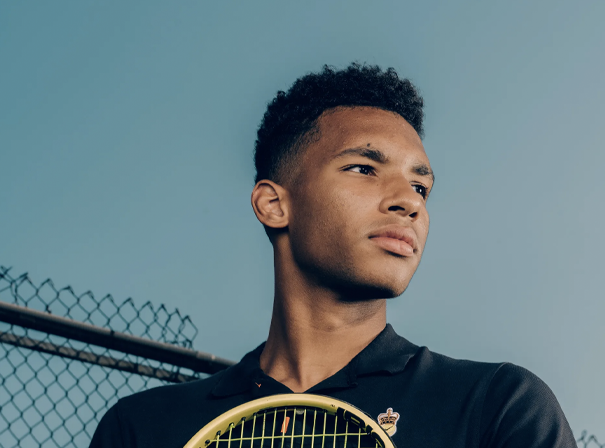