Fergie Jenkins is a widely recognised, retired Canadian baseball pitcher and coach. He played Major League Baseball for the Philadelphia Phillies, Chicago Cubs, Texas Rangers and Boston Rd Sox. In his career from 1965-1983 he won 284 games, spending most of his career with the Cubs. He was a 3-time National League and Cubs “All Star”. In 1971 he was the NL “CY Young Award” winner.

He was chosen for the “Basketball Hall of Fame”.
Jenkins was born in Chatham Ontario, his parents were Delores Jackson and Ferguson Jenkins. His father was the son of immigrants from Barbados and as a child he was a talented athlete. At school he played ice hockey, basketball and competed in track and field. In 1962 he was signed by the Philadelphia Phillies, making his first major league appearance in 1965.

The next year he moved to the Chicago Cubs and has been presented with many awards since, he was inducted onto Canada’s Walk of Fame in 2001 and in 1979 he was made a member of the Order of Canada. In 2010 he was honoured with his own postage stamp. 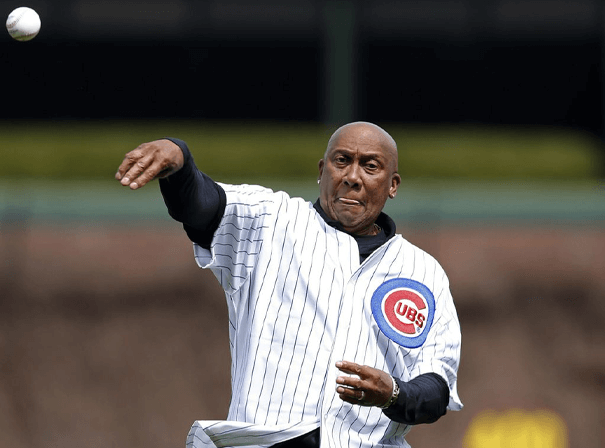