Although long established as one of Australia’s premier radio personalities, when Fifi Box began working in radio, local station bosses were often unimpressed by perceived “unprofessionalism”, including unscripted laughter, and hilarious gaffes. Thankfully, national network Triple M disagreed as, most importantly, did the Australian public. Soon, she was hosting Secret Men’s Business, a show about sex and relationships. She hasn’t looked back since.

After Secret Men’s Business, Box moved to Triple M’s breakfast show, The Shebang, becoming their roving stunt reporter, a job which once led to her to perform a naked rain dance in front of 200 people. Her breakthrough came in 2003 when she deputised for Amanda Keller, who was on maternity leave. Box had been dating a guy but pretending to be French. She called him on air to confess and was promptly dumped. The call, like her many other wacky antics, won her so many fans that she became one of the show’s permanent presenters, remaining there for five years. Since then, she has presented top-rated shows for various major radio networks. Since 2014, she has hosted the breakfast show for Melbourne’s Fox FM, remaining the sole constant amongst a changing cast of co-hosts.

Box’s radio success has led to several high-profile television roles. In 2007, she finished runner-up on Dancing with the Stars, the same year that it was the world’s most popular TV franchise. She has also spent time as the entertainment editor for Sunrise. In 2016, she branched out into acting when she joined the cast of long-running soap opera Neighbours, playing Brooke Butler. 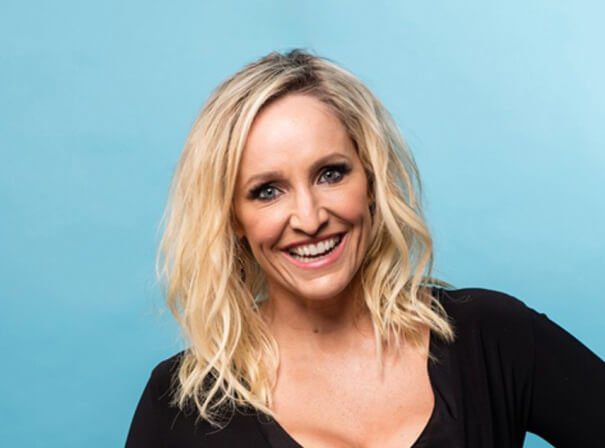