One of the leading professional sailors in the world right now, Croatian Filip Jurišić reached number 7 in the world rankings in March 2020. Competing in Olympic class Laser, the highest position of his career so far came after a top 10 finish at the ILCA Laser Standard Men’s World Championship in Melbourne, Australia in February 2020. If Jurišić continues to sail at his current high standard many believe he will win his ticket to Tokyo in 2021, but the modest sailor prefers to concentrate on his himself and simply do his best rather than pay too much attention on qualifications for the next Olympic Games.

Jurišić hails from the sun-soaked paradise island of Hvar located in the middle of the Adriatic Sea, and inherited his love of sailing from his family. He first sailed when he was seven years old in an old Optimist with a wooden mast, and when he was nine his ever-supportive family took him to the Mornar yacht club in Split – still his current club. The Mornar club has a strong tradition with Laser, so it was no surprise when the young Jurišić decided to sail the Laser competitively.

Since then, Jurišić has risen up the ranks of sailing, and his true love of the sport and dedication has kept him motivated and seen him achieve increasingly impressive results. In 2019 he took the lead at the Sailing World Cup in Enoshima, Japan, taking a risk to enter the top 8 and eventually finishing 12th, and he reached the top 10 at the ILCA Laser Standard Men’s World Championship in 2020. Jurišić has become a role model for young sailors and athletes in Croatia, and his long-term goal is to develop the sailing culture on his native island of Hvar. 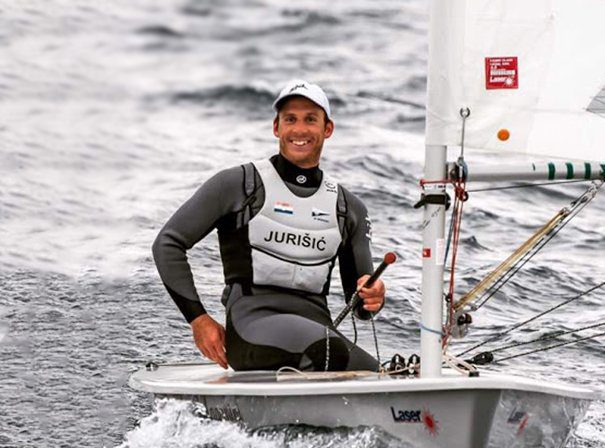