2019 proved a breakthrough year for German open water swimmer Finnia Wunram. She won her first medal at the World Aquatics Championships, was voted Sportswoman of the Year in the part of Germany she calls home, and qualified for her first Olympics. Although still in her early twenties, Wunram is a veteran of the FINA Marathon Swimming World Series and has consistently performed well against her peers. With such form, it’s no wonder Wunram is rated as one of swimming’s rising stars.

Wunram was born in Eckernforde, a popular tourist destination in North-West Germany. A keen swimmer from a young age, she moved to Magdeburg aged 17, so that she could train with Germany’s national swimming coach, Bernd Berkahn. That same year saw her compete in her first FINA World Cup (the former name of the World Series), finishing a 10km course within a minute of the winner, world champion Eva Fabian. The following year, she entered her first European Aquatics Competition but sacrificed her chance of victory to help a fellow swimmer who fell unconscious in the water. Even then, she still achieved a mid-field position.

A competitor in multiple major events every year since her move to Magdeburg, Wunram won her first senior medal at the 2019 World Aquatics Championships in South Korea, gaining silver in the 25km open water marathon. One of two German swimmers to qualify for the 10km open water marathon at the Tokyo Olympics (along with Leonie Beck), she even engaged a sports psychologist to ensure mental preparation as well as physical. 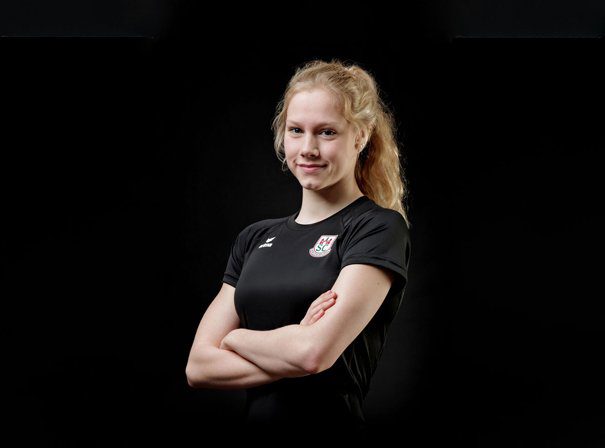