The former professional baseball player FP Santangelo is now a renowned broadcaster for the Washington Nationals (formerly the Montreal Expos). He played MLB from 1995 to 2001, for the Montreal Expos, the San Francisco Giants, the Los Angeles Dodgers, and for the Oakland Athletics. During his career, left field and centre field were his most frequent positions.

Born and raised in Michigan, Santangelo started showing an interest in baseball from an early age. He attended the University of Miami and played collegiate summer baseball with the Brewster Whitecaps of the Cape Cod Baseball League. He was drafted in the 20th round of the 1989 Major League Baseball draft by the Montreal Expos, rising through the minor leagues and reaching the AAA with the Indianapolis Indians in 1992. He joined the AAA Ottawa Lynx the following year, playing three seasons for them before making his Major League debut in 1995 as the starting left fielder. He became the first player in Ottawa Lynx history to have his number, 24, retired. He holds the club record with 86 runs scored in the 1993 season. In his MLB career, he played in a total of 665 games with 415 hits, 21 home runs, and 162 RBIs. His career batting average was .245. After retiring from the game, he turned to broadcast journalism, starting off as a co-host on a sports radio talk show for KHTK-1140 AM in Sacramento from 2006 to 2008. In 2010, he became the host of San Francisco’s KNBR-680 AM SportsPhone680 show. Then, in 2011, he was named as the colour analyst for the Washington Nationals’ MASN telecasts. Santangelo had gone full circle, returning to the team that stated his career.

Santangelo regularly connects with his dedicated fanbase and followers through Instagram and Twitter. He is also available for the personalised shout-out through the Cameo platform. 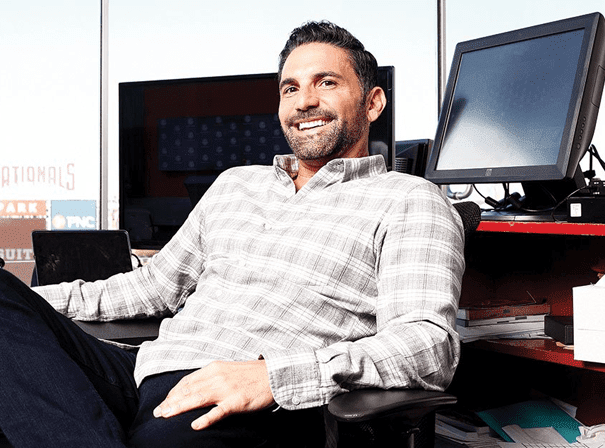