Rising Portuguese football star Francisco Trincão made headlines in 2020 when he moved to Spanish icons Barcelona for €31 million. He initially made his name with Portuguese Primeira Liga side Sporting de Braga, making just under 50 appearances for their senior side and helping them to win the 2019-20 Taca da Liga (Portuguese League Cup). After a successful international youth career, Trincão made his senior debut for Portugal in September 2020.

Trincão was born just inside the 20th century, on 29th December 1999, in the Portuguese city of Viana do Castelo. His youth career began when he was just eight years old, with his local club, Vianense. A year later, he was signed by FC Porto, then returned to Vianense before finally settling down with Braga in 2011. In April 2016, he made his professional debut for Braga B, who play in the Portuguese second division. He made his first senior appearance in 2018, the night before his 19th birthday, and made his first senior start a few days later. A year later, in January 2020, it was announced that he would be moving to Barcelona at the end of that season.

Trincão enjoyed a successful youth career, winning the UEFA European U-19 Championships in 2018 and finishing joint-top-scorer of the tournament with teammate Jota. He also appeared at the UEFA U-20 World Cup and 2021 European U-21 Championship Qualifiers, scoring in both tournaments. He made his senior international debut in September 2020 as Portugal beat Croatia 4-1 in the UEFA Nations League. Established with his country and at one of the biggest football clubs in the world, Trincão’s future couldn’t look more promising. 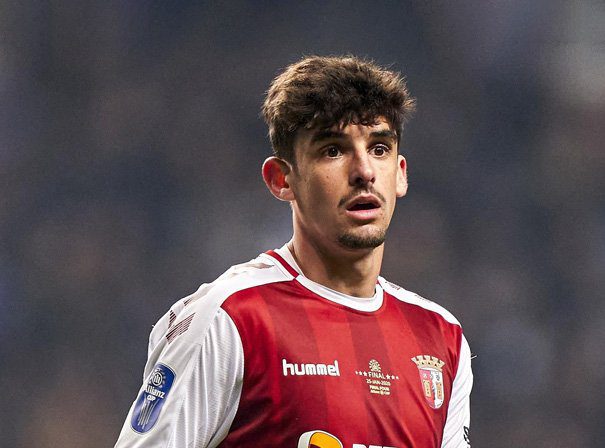