Frank Corrado is a Canadian professional ice hockey defenceman who has played with the Vaughan Kings minor midget AAA team in the GTHL where he scored 15 goals and added 33 assists in 62 games, as well as playing with the Sudbury wolves in the second round of the OHL Priority Draft. In his rookie season for the Ontario Hockey League, Corrado played in 63 games, and then played 67 out of 68 regular season games in the following season. Carrado is known for his offensive output that has more than tripled as he registered 4 goals and 30 points.

Corrado was selected in the NHL Entry Draft by the Vancouver Canucks, and signed a 3 year entry level contract with the Canucks that following September. This first professional experience led Carrado to great heights, playing for the prestigious Toronto Maple Leafs. Corrado said it was a “dream come true” to play for his hometown team. Corrado has since gone on to play all over America, and is especially excited to work with Swedish club, MODO Hockey, of the second tier Allsvenskan, as he is now a free agent.

Corrado is known for his fun-loving and charismatic personality, and showcases this on his Instagram which has over eight thousand followers. Corrado often posts discussions of Ice Hockey games, including commentary of his reconstruction surgery which was a very personal, scary time in his life that has inspired his fans to keep seeing the positive every day. The athlete also loves to post pictures of his beautiful girlfriend, who has most recently become his wife, who is a Lawyer. 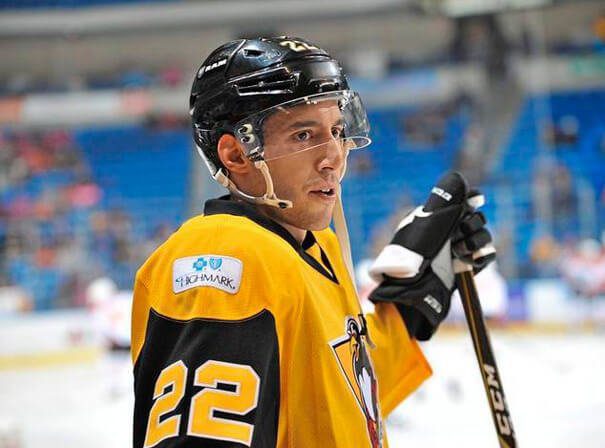