Franklyn Rose – or Rosey as he’s affectionately known – was a fearsome West Indian cricketer, known for his powerful right-fast bowling arm and reliable outswing. He played internationally for his home team of Jamaica between 1992 and 2003 and kicked off his career with an incredible 20 wickets in 1993. Four years later Rose took 6-100 in his first innings on his debut Test appearance against India at his home ground, taking down five specialist batsmen. In 2000 Rose made an incredible comeback for the Windies with his 4-19 leaving the opposing Zimbabwe falling short of victory by 35 runs. Another Test saw him take another five-wicket haul with 7 for 48 at Durban.

At over 6ft 5in tall Rose was an imposing figure on the cricket pitch and known for also being a handy batsman, once spending four hours at the crease and taking 69 against Zimbabwe in 2000. Rose’s impressive career has brought him 27 One Day International appearances, 19 Test appearances and a first-class record of 296 wickets at 26.51, with personal bests of 7 for 39 and 96 with a bat. By the time he was dropped from the Jamaican team Rose’s final test bowling average of 30.88 stood as the lowest of any West Indian bowler for nearly ten years. Alongside his international career, Rose has played for domestic clubs Northamptonshire, Surrey and Guateng in South Africa and continues to remain active in the cricket world. 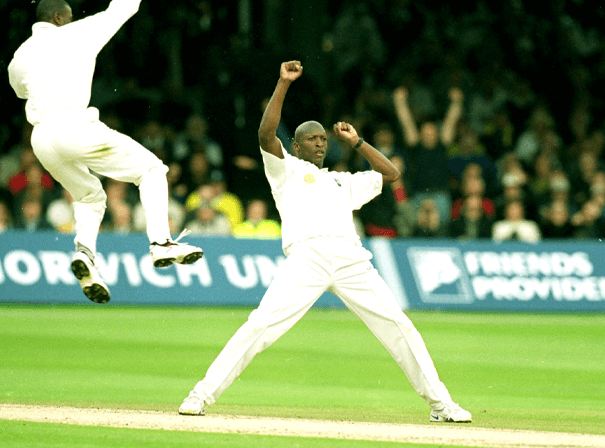