German slalom canoeist Franz Anton has been a recognisable name within the sporting world since 2006. Specialising in the C1 (Men’s Singles) class since the beginning of his career, he has also competed in C2 (Men’s Doubles) with fellow canoeist Jan Benzien, between the years of 2012 and 2018.

A highly successful sportsman, Anton has taken home seven medals from the ICF Canoe Slalom World Championships, including two golds from 2018 and 2015, four silvers and a bronze. He’s also earned six medals at the European Championships, an impressive total that includes another two golds. Anton made his Olympic debut at the 2016 Rio de Janeiro summer Olympic Games, only narrowly missing out on the bronze as he placed 4th in the C2 event with Benzien by his side.

Anton comes from a family of talented canoeists: his brother, Albrecht, also competes in the sport. He developed a passion for the sport at the early age of nine years old, canoeing for the Meissner Canoe Club. He now belongs to LKC Leipziger, one of Germany’s most notable clubs. Anton has made a name for himself at the international level, stepping up to the podium a total of nine times in the ICF Canoe Slalom World Cup: his 2012 debut saw him take 1st position in the C2 event, and seven years later, he earned another top spot in the summer 2019 World Cup. 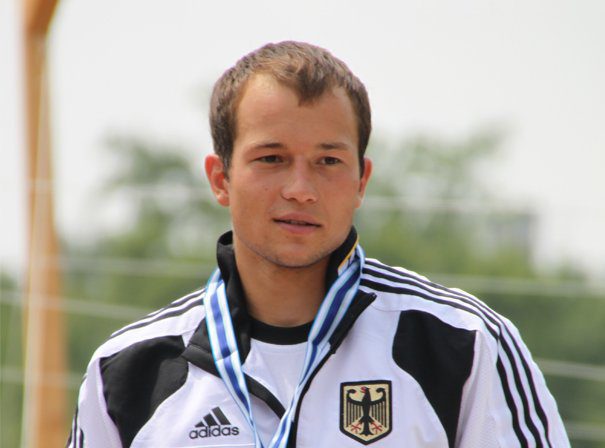