The fabulous power-hitting first baseman Fred “Crime Dog” McGriff is a former professional baseball player, who pitched for six MLB teams between 1986 and 2004. He was a five-time All-Star and three-time Silver Slugger during his MLB career, and led the American League in 1989 and the National League in 1992, in home runs. He won a World Series title with the Atlanta Braves in 1995, and finished his career with an incredible 493 home runs. He now works for the Braves as Special Assistant to Baseball Operations, and hosts a radio show in Tampa.

McGriff was born and raised in Tampa, Florida, and from a very young age was obsessed with baseball. He used to hang out at the Al Lopez Field during the Cincinnati Reds spring training sessions. He played baseball at High School, and accepted a scholarship to play college baseball for the Georgia Bulldogs, going on to sign with the New York Yankees in the 1981 amateur draft. The following year he was dealt to the Toronto Blue Jays, and he started his first career game for them in 1986 as the designated hitter. He reached the majors full-time in 1987, emerging as the top power hitter in the American League in 1989.

McGriff moved to the National League in 1990 when he was traded to the San Diego Padres. In 1992 he made his first All-Star appearance and led the NL in home runs. In 1993 he signed with the Atlanta Braves, winning the All-Star Game MVP Award in 1994. In 1997 he moved to his hometown team, the Tampa Bay Devil Rays. Solid seasons saw the Chicago Cubs take note, and he joined them in 2001. A strong 2002 season saw him then join the Los Angeles Dodgers for the 2003 season. He was re-signed to the Rays in 2004, and officially declared his retirement during spring training of 2005.

McGriff does not currently engage in social media. 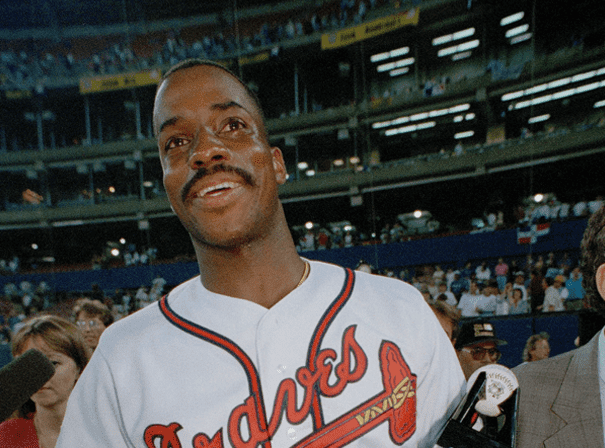