In the Tuscan city of Florence is a life-size bronze statue of Gabriel Batistuta. The statue was erected by Fiorentina fans in honour of their all-time top scorer. When Fiorentina were relegated from Serie A in 1993, Batistuta remained with them, despite being one of the world’s hottest goalscoring properties. Such loyalty is rare in Soccer, and Batistuta proved himself a remarkable man as well as a remarkable talent. He is Argentina’s all-time top scorer in the World Cup and the only player in history to score a hat-trick in two World Cups. He was named by Pele as one of the 100 Greatest Living Players.

Born in Argentina, Batistuta established himself with the likes of River Plate and Boca Juniors before transferring to Serie A side Fiorentina in 1991. He remained with the club for nine seasons, scoring over 200 goals and winning the Coppa Italia with them. Despite his success, the Serie A title eluded him until he moved to Roma in 2000, setting a new transfer record for a player over 30. In his first season for them, he scored 20 goals in 28 games, helping them to win Serie A. After a brief spell with Inter Milan, Batistuta wound down his playing career with two seasons in Qatar. Even at this late stage in his playing career, he still managed to score 25 times in one season, setting a new league record.

Before Lionel Messi came along, Batistuta was Argentina’s all-time leading goalscorer. He won 77 caps for his country, scoring 54 goals and helping them lift the Copa America twice and FIFA Confederations Cup in a stunning three-year winning streak. 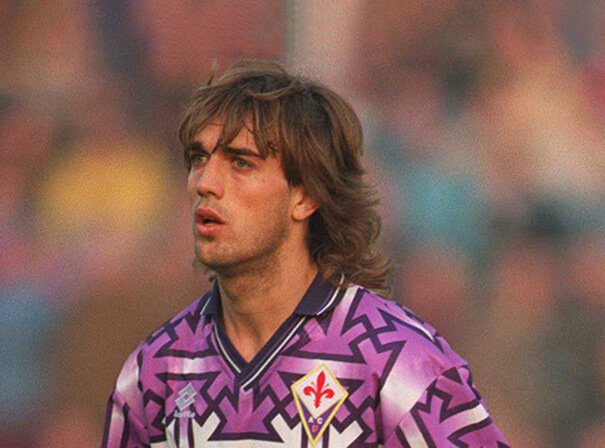