Dynamic tennis star Gael Monfils is leading the charge in the rise of new talent. Representing France, Monfils has built an exciting career. Reaching the number six world ATP ranking has been an extraordinary journey for Monfils. From being junior world number one to standing high in the pro world rankings, Monfils gift on the court is second to none. Unafraid to embrace his fans, Monfils has an inspiring social media presence with his girlfriend, Elina Svitolina. Authentic in life and on the court has made Monfils one of tennis’ most interesting players.

Breaking through into the top 100 FedEx ATP Rankings in 2005 garnered a lot of attention for Monfils. At just 18 years old, Monfils claimed the inaugural Tunis Open and took home his second Challenger crown. The strength of this win was more momentous as Monfils had claimed his maiden victory two months before on his home soil. A month before Monfils stormed through the ATP Masters 1000 event in Miami. Galloping to the end of 2005, Monfils was placed in the Top 50 and claimed his first ATP Tour crown in Poland. Monfils’ trailblazing career was just getting started. Fast Forward to 2020, Monfils holds ten ATP Tour singles titles under his belt.

Forever pushing the limits of his sport, Monfils is an athlete at the top of his game. Monfils’ thrilling athleticism and court coverage have made him one of the world’s most engaging players. Often surprising his opponents, Monfils’ electric speed at changing from defence to offence is one of his many unique talents. With his high-risk shotmaking, and his unyielding focus Monfils is unmatched in his sense of style and precision. Known for his charm and showmanship on the court, Monfils has become one of the most loved athletes in the sport. 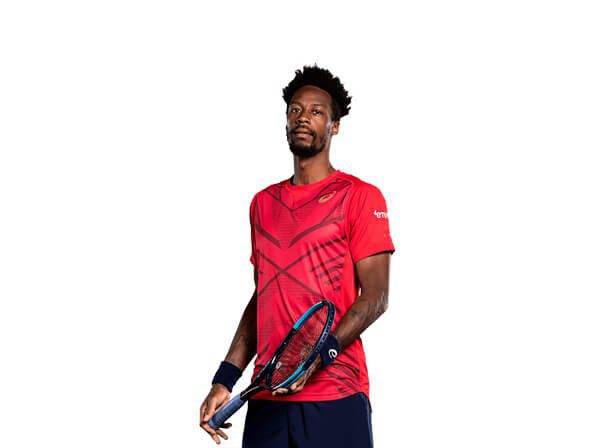