Chinese taekwondo athlete Gao Pan is an Asian Championships title-winner, and an Asian Games, Grand Prix and WT President’s Cup medallist. Gao competes mainly in the +67kg or heavyweight division, and is a regular fixture in the upper reaches of the Olympic and World Kyorugi Rankings. She has represented China internationally for several years in both team and individual competition.

Gao’s first major success at senior level came at 2017’s WT President’s Cup Asia in Tashkent, when she advanced to the final to take the silver medal. Later that year, she would earn her first gold, with a victory at the China Open in Wuxi, establishing her as a rising star of taekwondo. Meanwhile, at the World Cup Taekwondo Team Championships in Abidjan, she was part of the successful women’s and mixed Chinese teams, sharing in a double gold medal haul.

Gao would enjoy her best year yet in 2018, beginning with a sensational gold medal win at the Asian Championships in Ho Chi Minh City. With the Asian title under her belt, she went on to take bronze at that year’s Asian Games in Jakarta, to score her first Grand Prix podium in Manchester, and to top her Grand Slam qualification round in Wuxi. 2019 brought further successes for the athlete, beginning with a bronze medal at the Fujairah Open and continuing with a gold at the WT President’s Cup Asia on Kish Island. After competing at Grand Prix events in Rome, Chiba and Sofia, Gao took bronze at that season’s final in Moscow to round off her year. 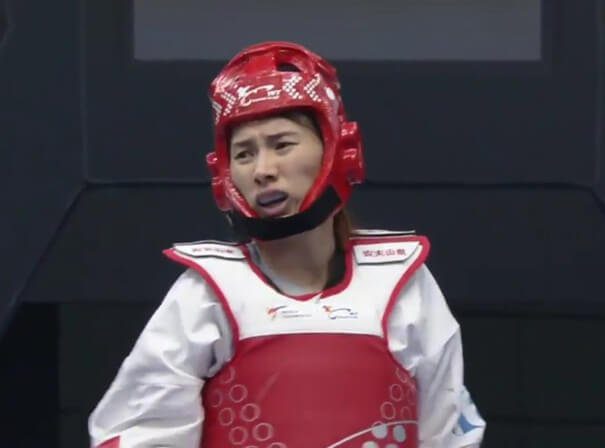