Welsh rugby legend Gareth Thomas, often referred to by his nickname “Alfie”, is a former Welsh rugby player who has represented his country at both rugby league and rugby union. He was the most capped Welsh player ever until 2011, with 100 test match appearances, and is ranked 13th amongst international try scorers. He played rugby union for various teams including Cardiff, Toulouse and the Celtic Warriors, and played for Crusaders in rugby league. In 2019, Thomas received widespread praise when he revealed he was HIV positive, the first UK sportsman to do so. The NHS webpage for HIV and AIDs had a 12-fold increase in visits on the day he made his bold statement, inspiring tens of thousands of people to seek help and advice.

Thomas began his career as a youth player at Pencoed RFC before moving to Bridgend, going on to play for Cardiff, Celtic Warriors and French club Toulouse, before returning to Wales to play for Cardiff Blues.
International success also beckoned for Thomas, and he made his debut against Japan in 1995. Thomas was chosen for the 2005 British and Irish Lions tour to New Zealand, becoming captain for the second and third tests of the series. He also wore the captain’s armband for Wales in the 2007 Six Nations against England.

Since retiring as a player, Thomas has enjoyed a successful media career, working as an analyst for ITV’s coverage of the last three Rugby World Cups, finishing third in Celebrity Big Brother in 2012 and appearing in Sky 1 comedy drama Stella.

In 2019 he captured the hearts of the nation when he finished an emotional triathlon on the day he revealed he has HIV, determined to challenge the discrimination faced by sufferers of the condition. 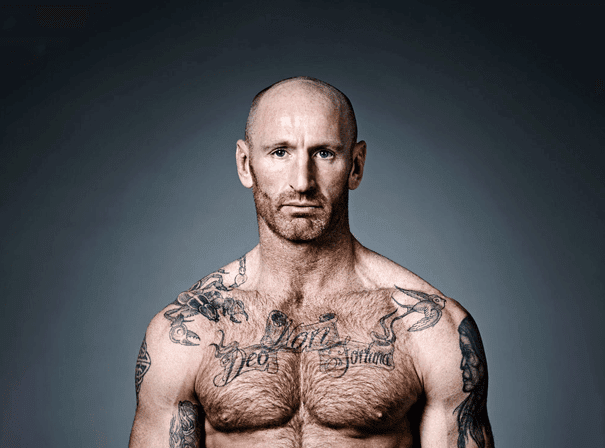