Garrett Dickerson is an American who enjoys two parallel careers – a professional Football tight end and a creative stylist. As the former, he enjoyed a successful college career at Northwestern and spent time playing for the New York Giants in the NFL. Currently a footballing free agent, he has a neat side hustle as a stylist and has already styled a few of his sporting peers, including NBA star Ty Jerome and former Giants teammate Saquon Barkley.

Dickerson was born in Englewood, New Jersey in 1995. Whilst studying at the Bergen Catholic High School in the city, he became an integral part of the football team, setting multiple school tight end records. He spent his college career playing for the Wildcats of Northwestern University in Illinois, one of college football’s biggest names. He played as both a tight end and H-back for the team, making nearly 50 appearances, setting career bests, and gaining an honourable mention in the All-Big Ten Honours during his senior year.

In 2018, Dickerson attended a rookie training camp for the New York Giants and was signed up. He spent a year with the team, making four appearances for the side in the NFL. Since leaving the Giants in 2019, progress has been hard given the disruption caused by the pandemic, but Dickerson has been able to spend time getting his stylist game together and is building an enviable brand, with famous sporting clients and an ever-growing Instagram following. 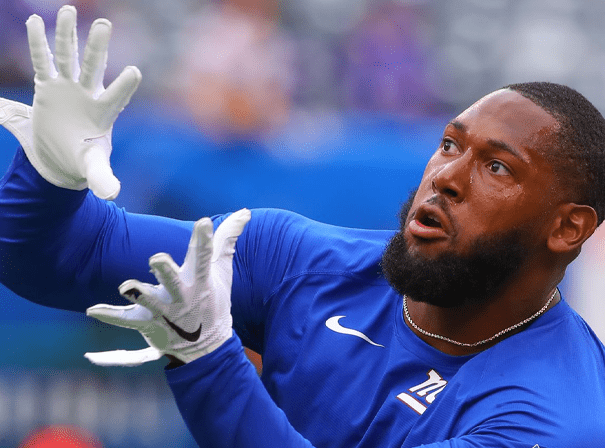