Football wide receiver Garrett Wilson has completed his college career with the Ohio State Buckeyes and, after a successful appearance at the NFL Combine, is now being touted as an NFL star of the near-future with teams such as the Cleveland Browns showing an interest in picking him at the 2022 NFL Draft. A former USA Today All-American with multiple Big Ten honours to his name, Wilson has already proved himself at both school and college level and is now more than ready to step onto the biggest football stage there is.

Wilson was born in Ohio in July 2000 but moved to Texas before he started high school. At Lake Travis High School, 20 miles outside Austin, he blazed a trail, breaking the school records for most wide receiver yards, passes and touchdowns. Unsurprisingly, he was named a USA Today All-American and invited to take part in the All-American Bowl during his senior year. His college career took him back north-east to Ohio where he enrolled at the State University and became a part of the Buckeyes football team.

During his freshman year in 2019, Wilson was an ever-present for the team. In his sophomore year, he became only the second player in the Buckeyes’ 130-year history to achieve at least 100 yards receiving in four consecutive games. He was rewarded with the First Team All-Big Ten honours at the end of the season. The Buckeyes also made it to that season’s CFP Championship game against the Alabama Crimson Tide. Wilson’s impressed again during his junior season, and at the end of it, decided it was time declare to himself for the NFL Draft. 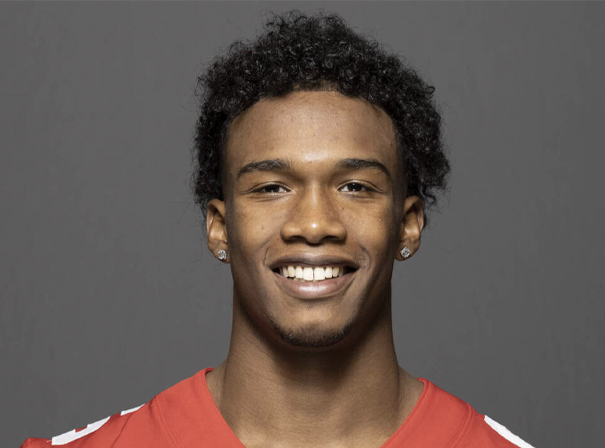