NASCAR driver extraordinaire Gary Klutt is a force to be reckoned with. Not only is he the face and co-founder of the Legendary Motorcar Company, but Klutt has also found a home on national television alongside his father. Born and raised in Ontario, Canada, Klutt caught the racing bug in his early years. The Halton Hills native began competing in national go-karting events which paved the way to his formidable career on the NASCAR circuit. He famously drives the No 59 Dodge Challenger and regularly competes in the Pinty’s series. An entrepreneur, athlete and all-round showman, Klutt continues to raise the profile of his game.

In Klutt’s debut full-time year on the circuit, he won the season opener race at the Canadian Tire Motorsport Park. Earning the Josten’s 2015 Rookie of the Year award launched Klutt’s meteoric career on the track. Tenacious and fearless, Klutt never fails to deliver. Throughout his career, Klutt has taken on the Monster Energy Cup Series, the Gander Outdoors Truck Series and has been named a NASCAR Next class driver.

Beyond the track, Klutt has combined his passion for cars with his entrepreneurial mindset. From ground-up car restorations to service appraisals, the Legendary Motorcar Company is part of Klutt’s heritage. Klutt also co-hosts the popular reality television series ‘Legendary Motorcar,’ which can be viewed worldwide via Velocity in the US and Discovery World. With a home on YouTube, the show has garnered nearly 4 million views. 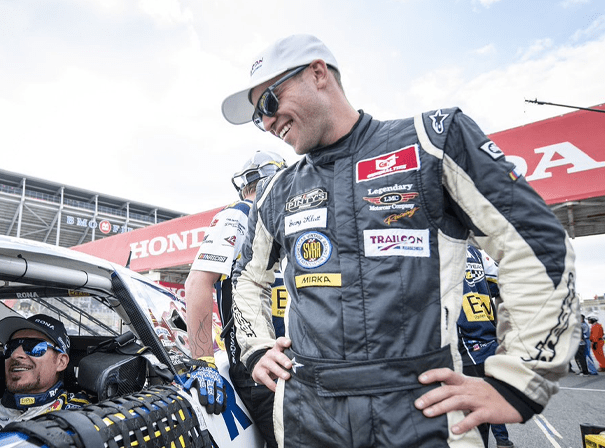