Grammy-nominated singer-songwriter George Ducas is a captivating musical poet, known for his pioneering neo-traditional blend of modern day and roots country music. In addition to his own successful career, he has written songs and hit singles for many renowned artists, including Garth Brooks, Sara Evans, and the Eli Young Band.

Ducas was born and raised in Texas City, and was captivated by country music from a young age. He taught himself to play guitar around the age of 12, and later expanded his learning to include blues and rock. Following High School, he enrolled at Vanderbilt University to study Economics. After graduating, he worked at a bank in Atlanta, and then made the life-altering move to Nashville in order to pursue a career in music. He fully dedicated himself to his songwriting and began performing regularly around the city, cultivating a following both in and outside of the music industry. He has gone on to release four studio albums to date: 1994’s George Ducas, 1997’s Where I Stand, 2013’s 4340, and 2019’s Yellow Rose Motel. The first two albums charted six consecutive singles on the Billboard Hot Country Singles & Tracks chart, the highest being his signature hit, Lipstick Promises, which reached No.9.

Ducas regularly connects with his thousands of dedicated fans and followers through Instagram, Twitter and Facebook, posting pictures and videos about his personal and professional life both in and out of the recording studio. He has his own YouTube channel, George Ducas, as well as an official website, georgeducas.com. 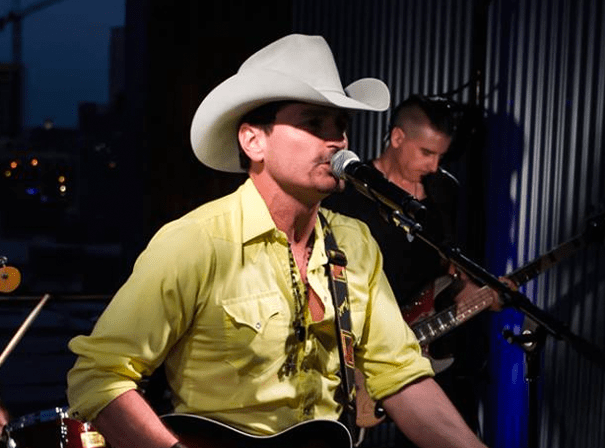