Although his teenage years were spent jumping between various high schools in Iowa and Oklahoma, George Kittle was destined to follow in his father’s footsteps to play college ball at University of Iowa. Kittle turned heads in his college career thanks to stunning receptions, yards, and touchdowns. In 2017, he was honoured with an invitation to the NFL Scouting Combine in Indiana, where he came in third among the 19 tight ends present.

Later that year he was picked up by the San Francisco 49ers in the fifth round of the NFL draft. He instantly started doing what he had been known for college: making solid receptions and catching touchdowns. George Kittle was voted in as one of the team captains despite his young age and short-term experience. This put the 49ers on a track that focused on the younger members of the team instead of more established players.

This young football star keeps surprising the NFL, his team, and fans. He holds records for top receiving yards by a tight end. As well as the obvious quality he brings to the game of football, George Kittle is described as an optimistic teammate who definitely has a fun and kind of goofy side that balances the serious attitude toward playing the best game of football he can. He has stepped into the ring in a WWE match to emulate his wrestling hero Steve Austin, the charity work for Martha’s Kitchen, the Men’s Program and House of Grace, and even appeared at the UCSF Benioff Children’s Hospital From. 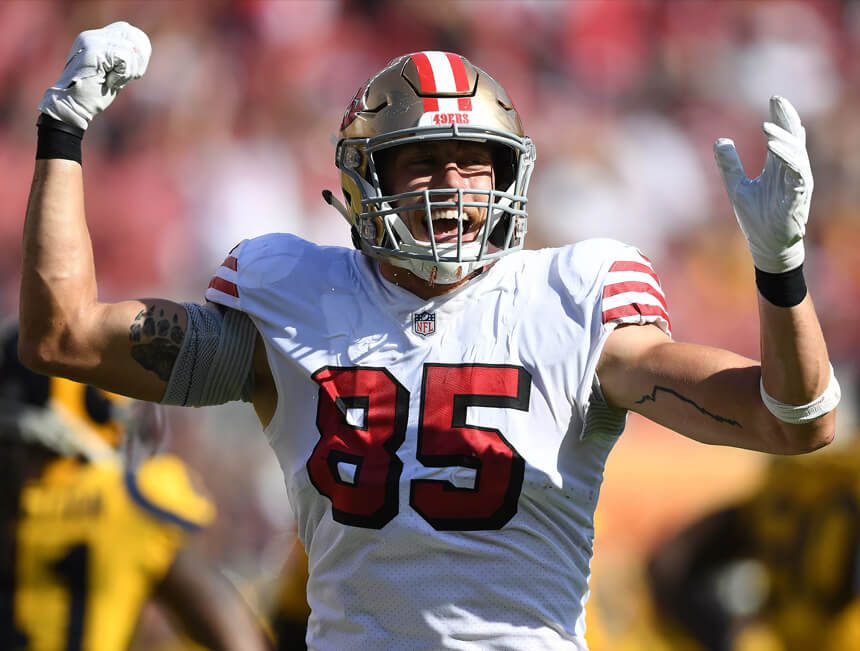